U. of Wisconsin Football Jersey Shadowbox


Our client, Nathan Kipp, is a real sports fan. We have framed a number of jerseys for him and other sports memorabilia. He brought in a University of Wisconsin football jersey signed by Russell Wilson, who played for the Badgers while in college and who, subsequently, played for the Seattle Seahawks. The jersey was to be a wedding gift to a close friend, so we designed a shadowbox that would show it off to its best advantage. Here are some images of what we did: 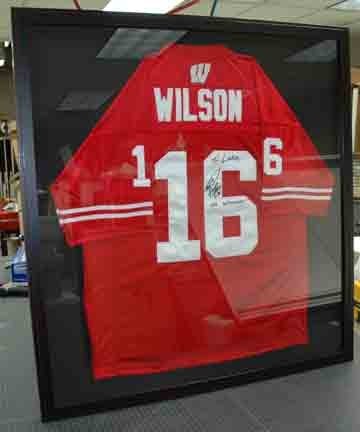 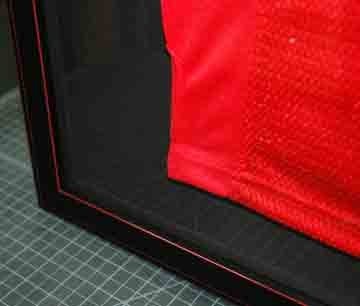 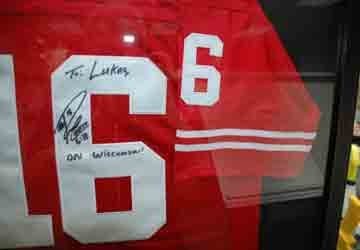 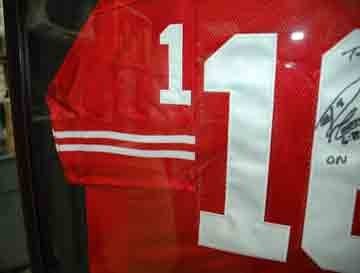 The jersey had the arms folded in and sewn down onto Crescent 7522 Moorman Black Linen mat board. The inside of the frame is also lined with the same mat board. The frame is Studio Moulding 43021 "Array" moulding that is matte black with exposed red edges for accents. Glass used is True-Vu Conservation Clear u/v filtering glass. The autographs, in marker, tend to fade if you do not protect them from ultra-violet radiation. The glass size or inside of the frame size is 32 x 34. While the jersey could have been framed with the arms straight out, it would have greatly increased the size of the frame and, consequently, the cost.

Photos and all framing by Brian D. Flax, CPF