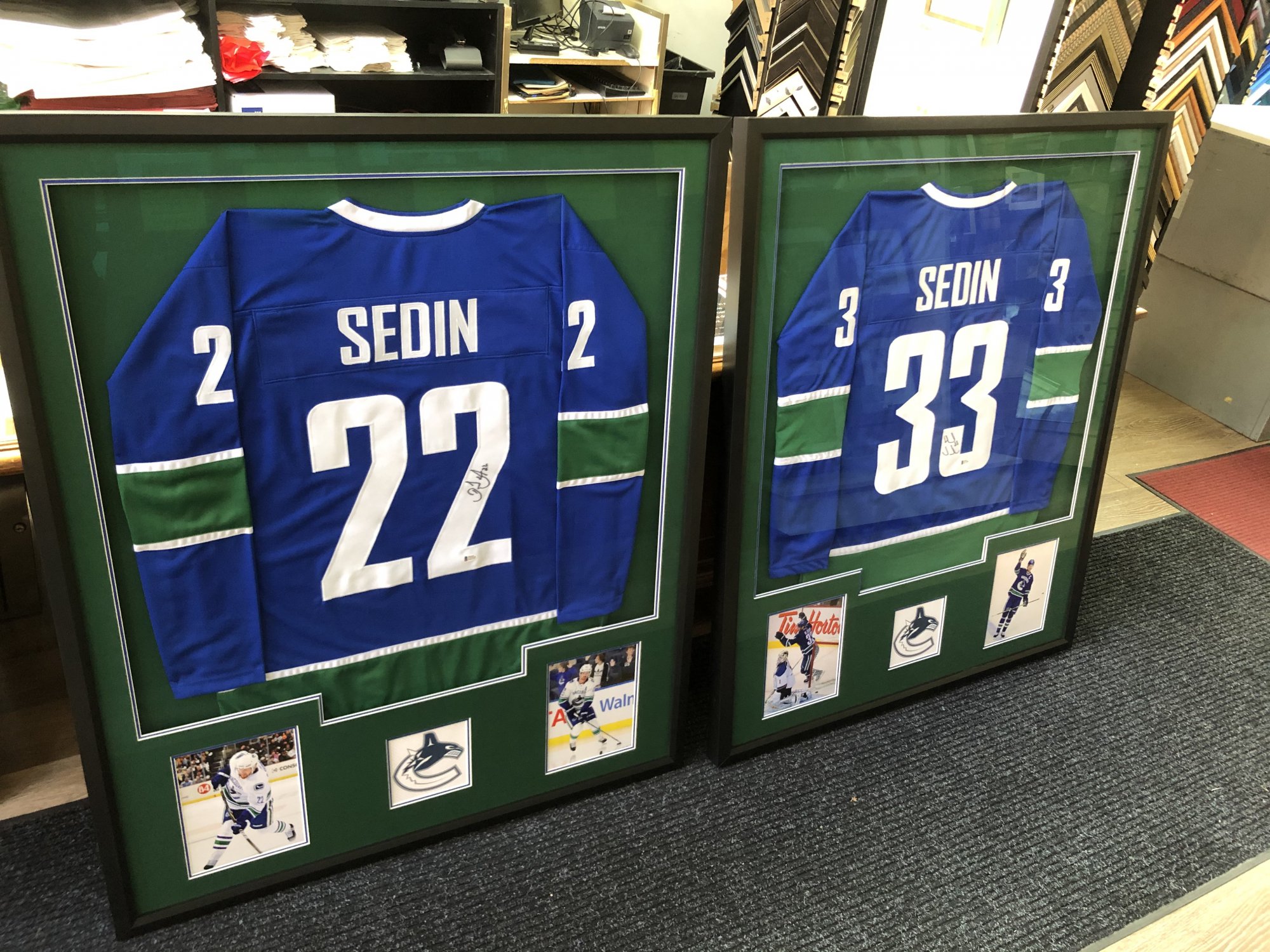 While we end up framing a lot of Chicago sports jerseys, our client was very partial to some players on the Vancouver Canucks NHL hockey team. He played hockey in college and his coach had a special relationship with the Vancouver team. Naturally, our client became a big fan of the Canucks. Our client came into our shop, right after the Covid-19 Pandemic began and Chicago was, mostly, shut down. The owner, Brian Flax, was still coming down every day and locking himself into the shop to continue framing and running the shop. When our client, Emilio, called and wanted to know if he could bring in a project, we were thrilled. What he showed up with were 4 hockey jerseys:  3 from Vancouver (autographed) and his own college hockey jersey. He and Brian collaborated on a design for the 3 Vancouver jerseys that would match. The 4th, for his jersey, was the same frame and layout, but different colors,  Each frame had the jersey sewn down onto a fabric-covered background mat. The top mat, with the 4 openings in it just under the plexiglass front, was covered in the same material. Under that was another colored mat that coordinated with the jersey's main color. We used plexiglass to frame them, to protect the contents and to keep the weight (and cost) down. 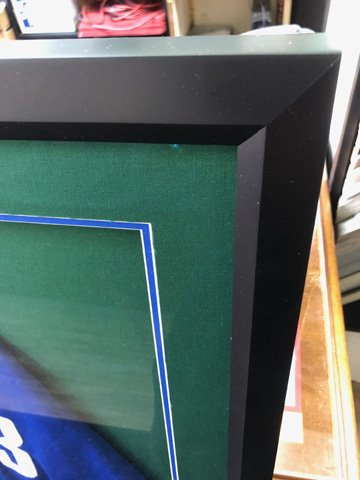 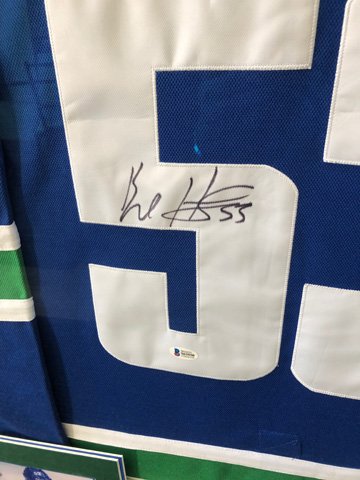 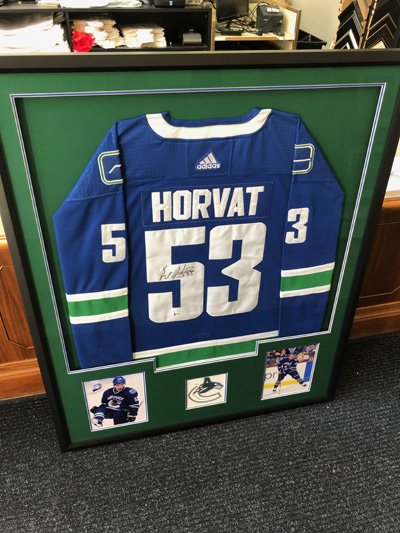 The client sent us digital photo files and we printed out the photos of the players and their team logos in color, mounting them and placing them in the 3 bottom openings. The frame is a tall, beveled-face matte black moulding from International Moulding. We began by framing our client's jersey and another Vancouver player, Bo Horvat. We had these 2 jerseys out, on a workbench in our shop, on Saturday, May 30th, on a workbench, being sewn down, when we closed that day at 5 pm. At 10:07 pm, that night, there was rioting in Chicago (due to the death in Minneapolis of George Floyd) and the Chicago Loop got invaded by protestors and trashed. Our frame shop was not spared. Our front windows were broken, our door broken in, and looters took a bunch of items off the walls (framed items). Unfortunately, they also chose to steal the two jerseys out on the bench being worked upon. When we discovered this the next day, Sunday, at 6:30 a.m., we were devastated.

We were able to replace the Horvat jersey (it was an autographed jersey and there were other ones out there on eBay). We were not able to replace our client's jersey, but our client is (at this writing) still trying to get a replacement. Our client was very understanding, but (to compensate him) we cut the cost of the project in half, with the understanding that we would frame his jersey (if we could get a replacement) at no additional cost (to him).