Our client, Winston Conklin of McGuffin Creative Group, created a timeline/collage for BMO Harris Bank that showed the Chicago Bulls, The Chicago Blackhawks and BMO Harris Bank (aka Three Great Teams, according to the framed art). The first version of that is shown on a different page in The Framescape Gallery.

Subsequently, we were contacted again to switch out an updated timeline, since The Chicago Blackhawks had won another Stanley cup during the past year. Here is the end result, in the same frame from two years ago: 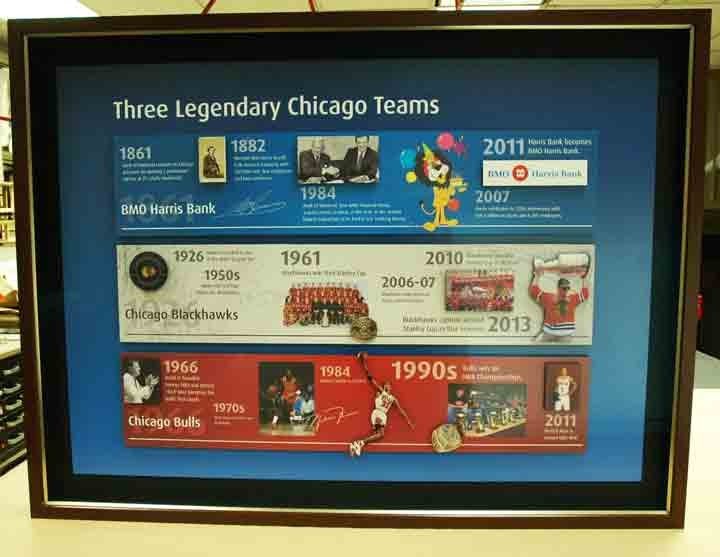 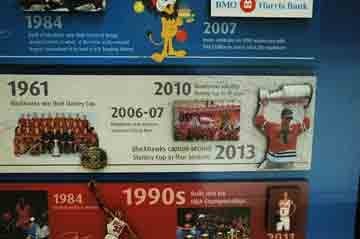 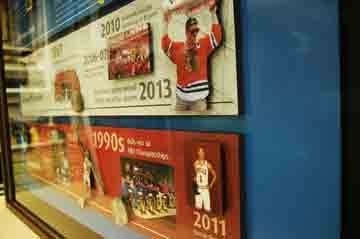 The collages were print graphics mounted on 1/2" gator board with additional cut-out, 3-d details. I believe that the two shadowboxes we switched out are on display at United Center, where the Bulls and Hawks play. The frames measure (on the inside) 49" x 36 1/2 and are, actually two frames stacked on on top of the other to give the required depth, along with a silver fillet stacked inside the lip of the top frame. Glass is anti-reflective Museum Glass.

Framing and photos by Brian D. Flax, CPF
Images shown by kind permission of our client.