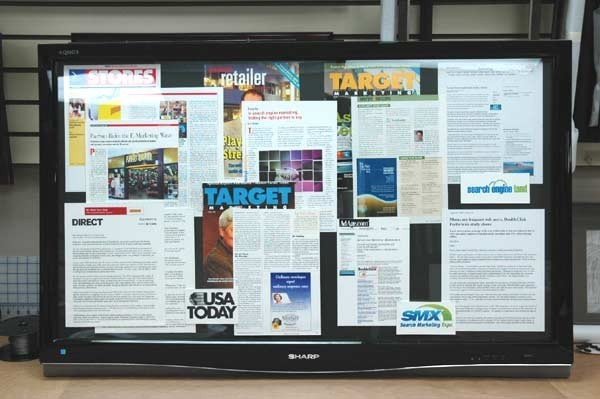 Performics, a web-marketing firm in Chicago (a subsidiary of Publicis) approached us with a framing project that, at first, seemed pretty simple. They had a bunch of collages they wanted sandwiched between plexiglass and foam board and put into "TV Frames." I wasn't sure what they meant by that term and asked them to clarify. They sent me a photograph of a bunch of "TV Frames" laid out on the floor. What I found out, later, was that they were, indeed, the plastic front/surrounds from actual flat panel Plasma TV's that had been rescued from a recycler. Also, the material for the collages was loose clippings from a number of years of trade journals, press releases and web screen shots and had not yet been pasted up into finished collages. My contact at Performics emailed me photographs of how he wanted the articles laid out and in which size TV frame he wanted the collage to appear.

The first task was to figure out the maximum picture frame size that could fit in the back of the TV frame in-between all the molded plastic screw posts into which the t.v.'s electronics were originally bolted. I selected a Nielsen 117-20 metal frame that was a shiny black which matched the TV frames' molded plastic fronts. If any of the metal frames became visible, they would look like part of the plastic moulding. Also, a metal frame has a channel in the back into which wire hangers and other hardware can be secured, to be used later as an attaching point on the frame's perimeter.

Then, I cut black foam boards to the metal frames' sizes and began the pasteup process. Rather than simple slapping one article directly on top of another, I ended up mounting the articles near the top of the board flat on the foam boards. The subsequent layers were mounted on mat boards first, trimmed flush, and then gradually layered one on top of the other as they moved towards the bottom of the board. In some cases, foam board or mat board supports or risers were used when 3 layers of mat board were mounted one on top of the other in gradual overlaps.

After completing the mounting of the 7 collages, I cut plexiglass to the boards' sizes and taped them on the edges into place, finally fitting them with the metal frames.

From that point, I had to improvise a lot, figuring out where to attach wire hangers on the frames and on the moulded plastic screw points on the TV frames. In some cases I was able to make direct connections with screws. In many other cases, I had to use heavy, stainless picture wire to lace the frames into place or create short tethers. It was fairly challenging but I finally got it done.

Check out the pictures and details below. If you have a corporate project in mind like this, you can see that it is definitely do-able with a little imagination and ingenuity.

Framing concept and permission for images by Andrew Caravella, Performics 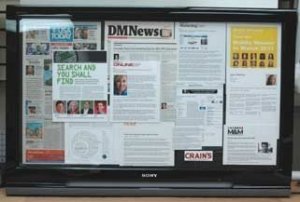 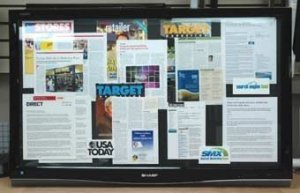 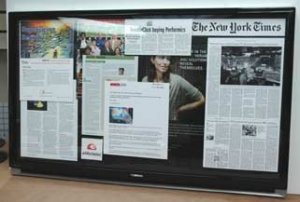 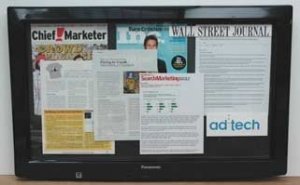 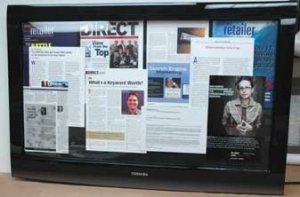 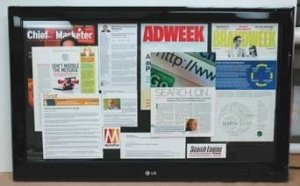 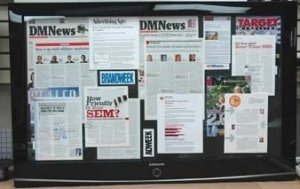 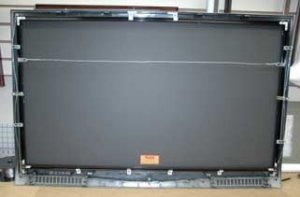 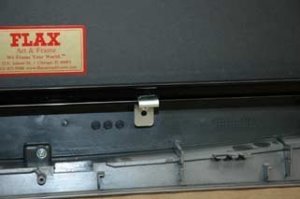 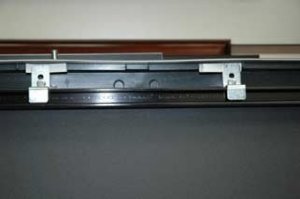 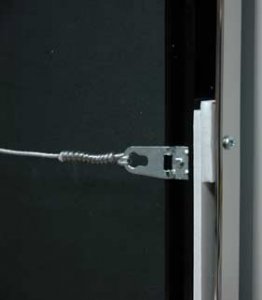 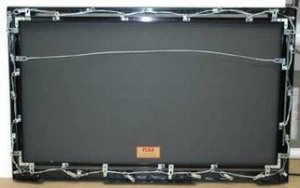