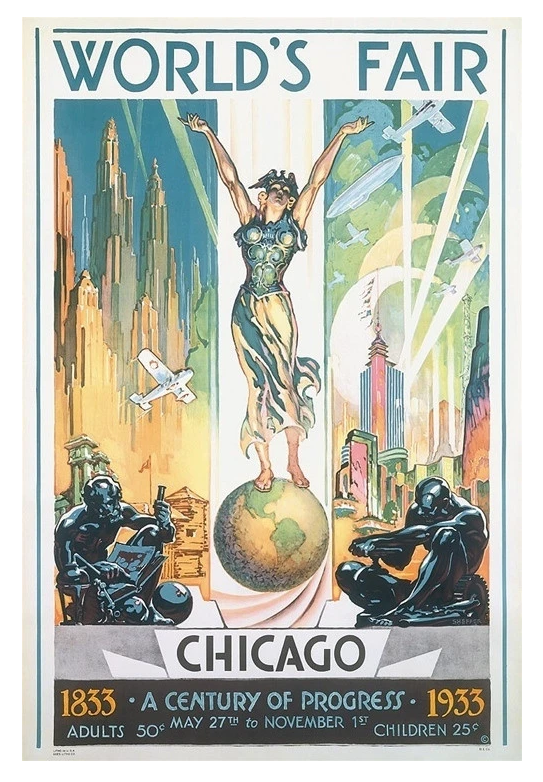 While Chicago basked in the glory of the 1893 Columbian Exposition that it put on in the last decade of the 19th century, it was supposed to be the site of the 1902 World's Fair. Unfortunately, that honor went to St. Louis and Chicago lost out. In the midst of The Great Depression, which began in October, 1929, the City of Chicago put on a fabulous World's Fair in 1933, known also as The Century of Progress (Chicago was incorporated as a city in 1833). This poster, designed by Glen Sheffer, called "The Spirit of Chicago" used bright colors and line movement to generate emotion and uplift for this much-anticipated event. It provided a great deal of employment for many tradesmen who had been out of work since the market crash and it highlighted that Chicago was a center of industry, not some sleepy little frontier town. Print size is 24 x 36 and is done on heavy, white, smooth paper stock. It will ship to you rolled up in a tube and then inside a box to prevent damage in transit.