Our client brought in two glass name plates that had been used, in an earlier era, at Chicago's John G. Shedd Aquarium at the Chicago Lakefront Museum Campus. They depicted two fish that were residents of the aquarium at the time. Once they were replaced with more modern signage, these went into their archives. They were brought out, this Spring, to be used in a framing project that was to be presented to a federal legislator from our home state. This legislator has been a benefactor for a number of Chicago's museums and was being built and presented as a thank-you for their kind attention.

We settled on an American Walnut by Larson-Juhl in their Cranbrook collection, together with a blue suede mat with a black-core black liner mat underneath, and matching walnut fillets to surround the framed objects. White matboard was put behind the glass plates to allow for the viewer to read the copy painted on the glass. Anti-reflective glass was used as well. We had a plate engraved for this project that gives some historical background to the glass name plates of the fish shown. Here are a few shots, one of which is not fully in focus (my fault): 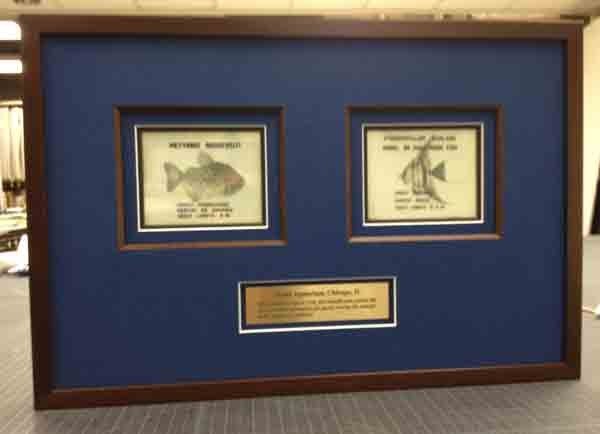 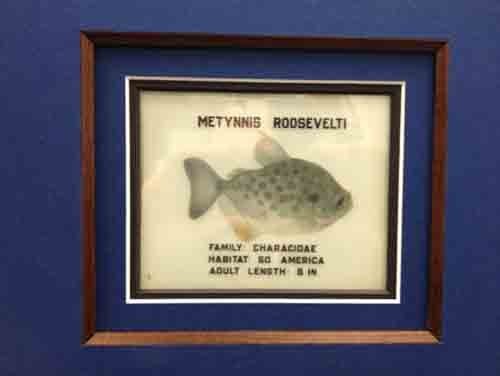 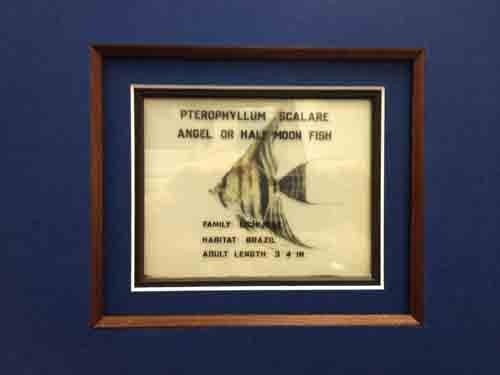 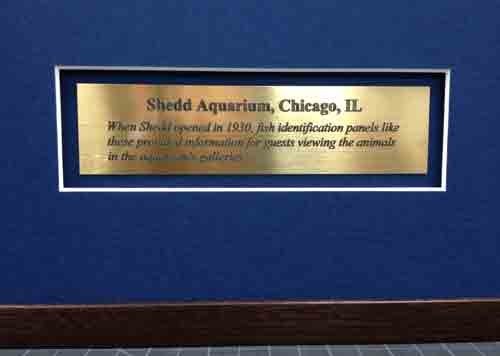 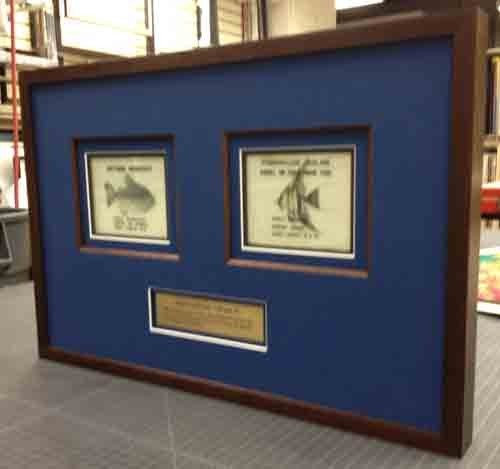