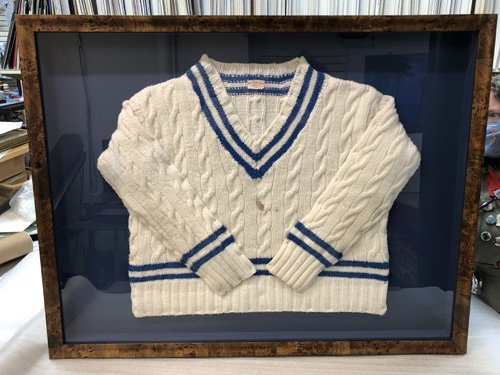 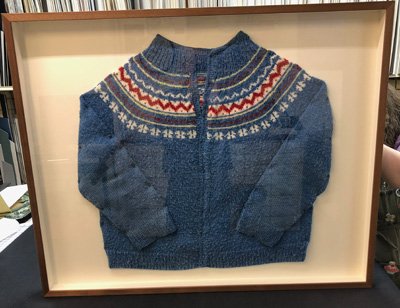 A client, from out of state, contacted us to se if we could frame a pair of sweaters that had belonged to their late father-in-law. He had, apparently, rarely been seen without one of them on, so there was a lot of sentimental attachment to them. We, of course, said that we would be happy to frame them and came up with some designs for her. After a number of false starts we, finally, agreed upon a layout for the two shadowboxes and completed the project. Both sweaters were sewn down onto fabric-covered mat boards. The client wanted a Walnut frame for the white, v-neck sweater and a Walnut burl frame for the blue cardigan. The Walnut frame was a single, tall, flat-faced cap moulding from Vermont Hardwoods. The Walnut burl frame was, actually, two frames attached together to create a frame with a burled face that had the proper depth for the sweater shadowbox. Burls are, actually, made from tree roots and, as such, are rarely used on deep frames. Most burl wood is used as a veneer. For that reason, we had to create a burl wood frame with an extender to give it enough depth.  Both frames were fitted with plexiglass. 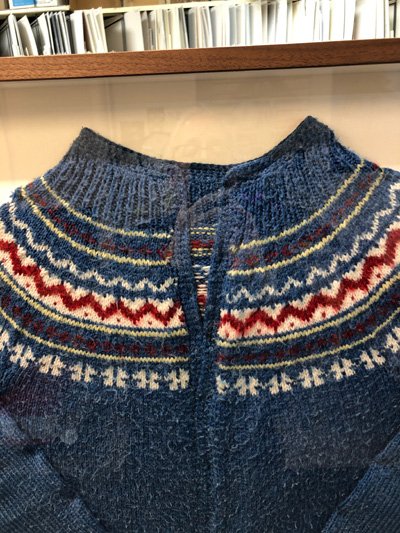 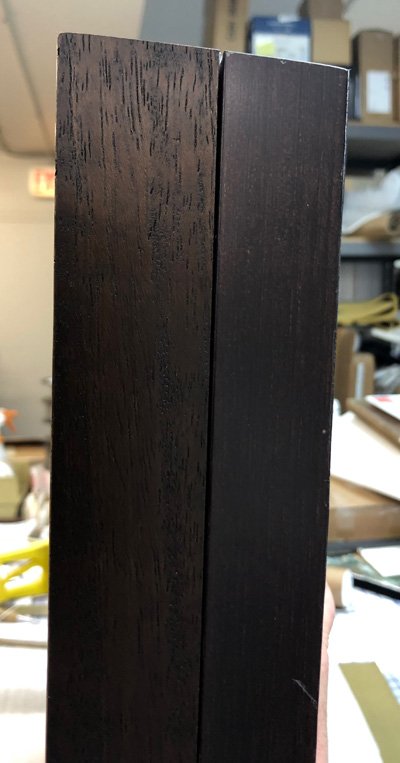 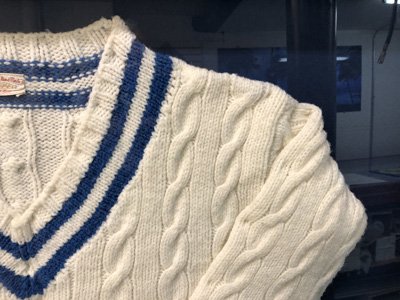 For shipping, we ended up boxing each one separately and then putting them together in a custom-built wooden crate sent by truck.