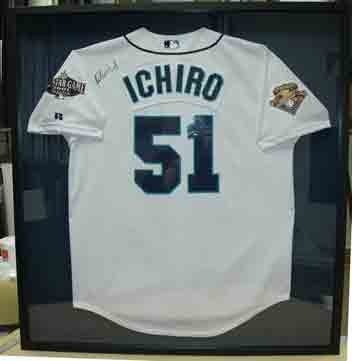 One of our clients is an avid sports fan for whom we have framed a number of sports jerseys. The one shown here was autographed by Ichiro Suzuki when he was with the Seattle Mariners ( traded in late July, 2012 to the New York Yankees).

The frame used is a Studio Moulding 24901 matte black cap that is 2 5/8" deep, 13/16" wide on its face. The jersey was sewn down to show off important details against a Crescent 87581 Jewel blue linen. Shadowbox frame size is 34 x 36. Because it was important to preserve the jersey, but cost was a factor, we used Tru-Vue Conservation Clear u/v filtering glass which filters out 99% of harmful Ultraviolet radiation, but is not anti-reflective. Unfortunately, we were not able to photograph the framed jersey until it was already completed and ready to be wrapped up (hence the flash from the camera showing up in the middle of the frame). 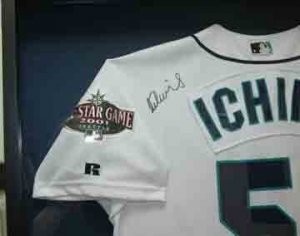 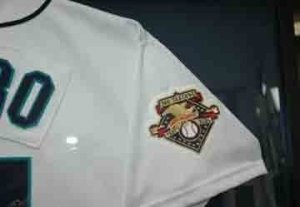 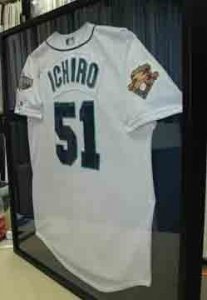