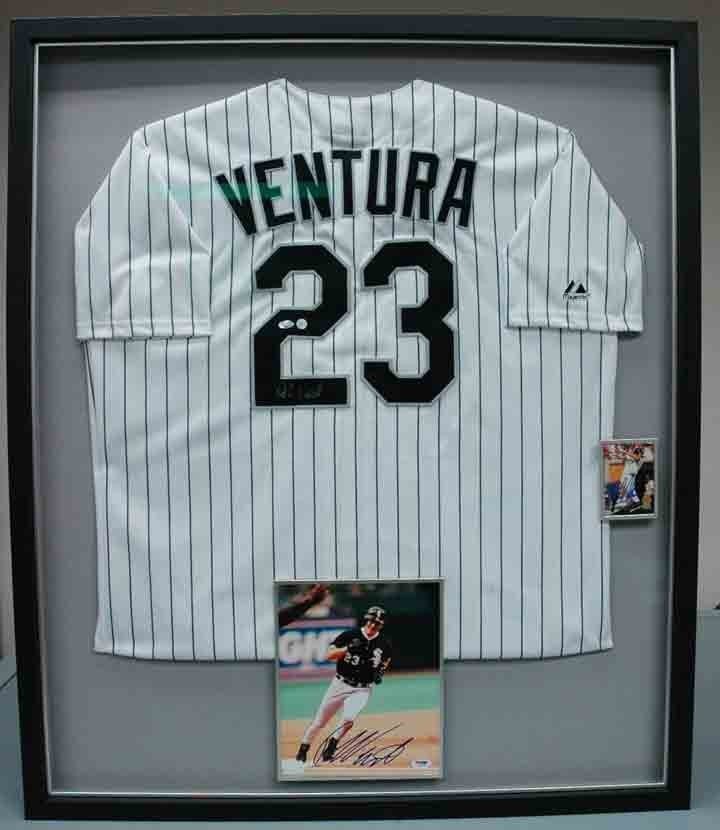 If you are from Chicago, then you know how big a sports town it is. We have, among other things, two Major League baseball teams: The Chicago Cubs and The Chicago White Sox. I won't go into all the politics behind them, but suffice to say that the fans, here, are truly devoted (win or lose). Our client brought in an autographed jersey from former White Sox player Robin Ventura (who later became their manager). A shadowbox in a black, white and gray motif (team colors) was in order here. The frame is a Studio Moulding 24701 shadowbox-depth moudling 1" wide and 1 7/8" tall. Under the lip of the frame was placed a Studio Moulding "Eon" F35 silver leafed fillet. Artglass Water White (anti-reflective glass) was used. The shadowbox mat is Crescent 9556 Tempest. Two autographed items were also inserted with risers behind them to help them hover over the jersey after it was sewn down. Finished size is 38 x 32. Below are some details: 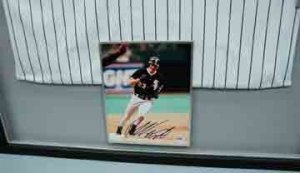 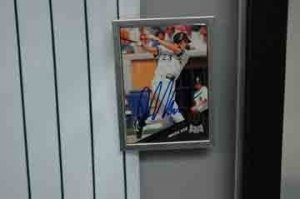 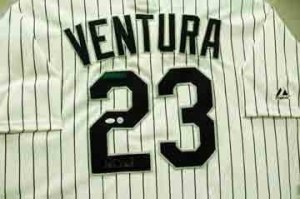 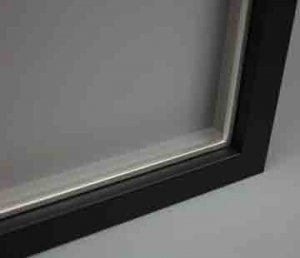 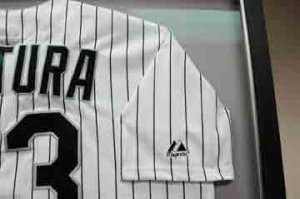 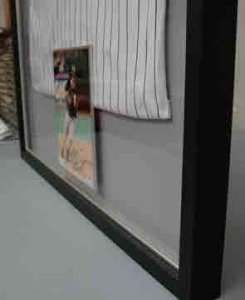