After publishing, on the home page of our website, the images of various retirement frames that we have been doing for 3 different groups at the Federal Reserve Bank of Chicago, another group approached us to design a retirement frame for the general staff at the bank. Previously, we had designed different collage frames for the Currency Division, the FRBC Board of Directors and the SLI (System Leadership Initiative) Group. This group represents, basically, everyone else at the Bank. 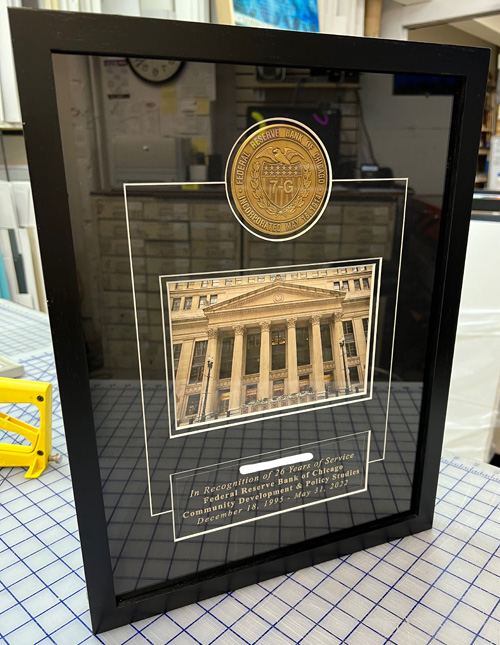 Based upon the framing budget for this group of FRBC employees, we settled upon a 12 x 16", matte black, wood ready-made from MCS Industries. We used the same black linen mats as the other framing collages, as well as the parameters for the inscribed plate. The mat configuration is a double mat, with the bottom mat showing around the photograph of the FRBC and the mat upon which the inscribed plate was attached. Unlike the other frames, we added a "V-Groove" to the matting layout. This is a V-shaped channel cut into the face of the mat (i.e. it does not go all the way through), removing a "V"-shaped strip of matting, leaving behind a line that connects all three elements or openings in the matting, giving it a more visually cohesive look. We used Tru-Vue Conservation Clear, u/v filtering glass to prevent fading and acid-free backing boards to prevent yellowing or deterioration over time. The FRBC supplied us with the cast bronze medallion to add, along with the photo file of The Federal Reserve Bank of Chicago at 230 S. LaSalle Street in Chicago. 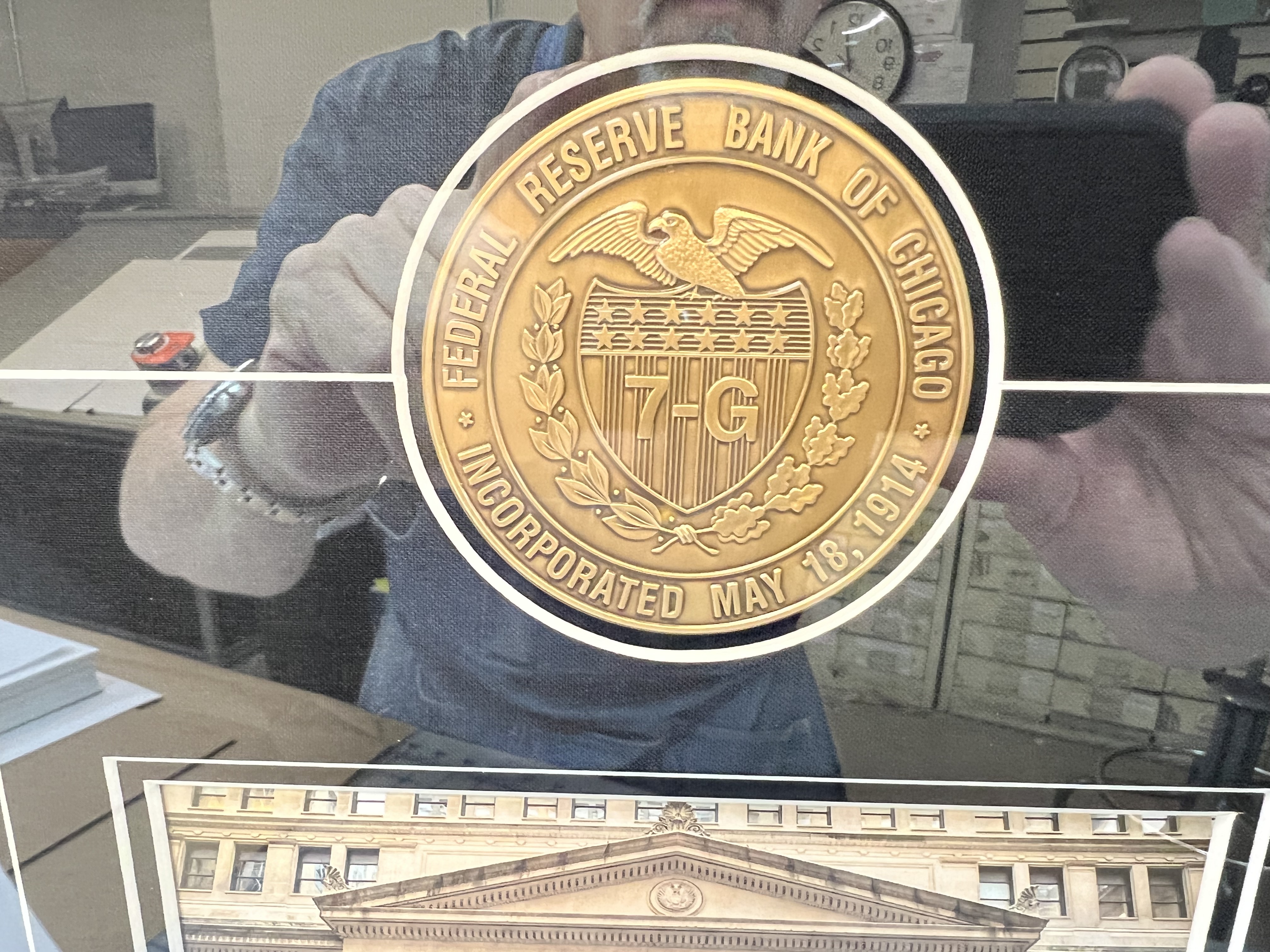 We've cut a circular opening in the top mat, into which the medallion has been adhered. We probably should have photographed this before adding the glass, as you can see a lot of other items and people in the reflection of the glass. 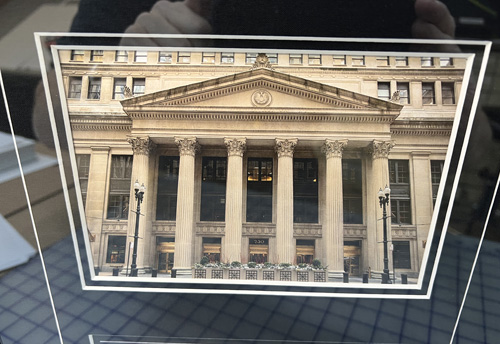 Double matted-opening showing photo of the Federal Reserve Bank of Chicago at 230 S. LaSalle Street in the south-central Chicago Loop. 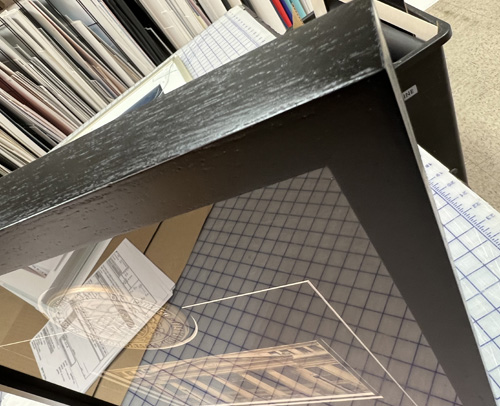 You can see that the frame, used, is a semi-gloss black lacquer over a grained, wooden frame with a rectangular profile. We needed a frame with sufficient depth to handle the thickness of the bronze medallion and the 1/4" spacers that would be required to lift the glass off the medallion and provide an air space above it and below the glass.