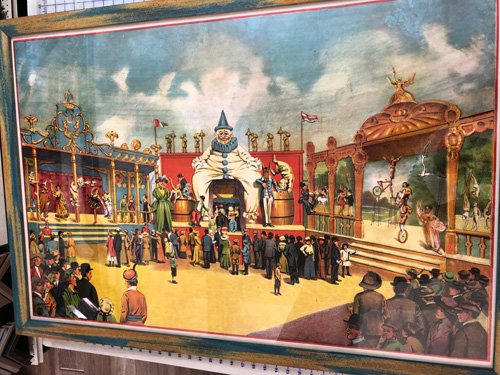 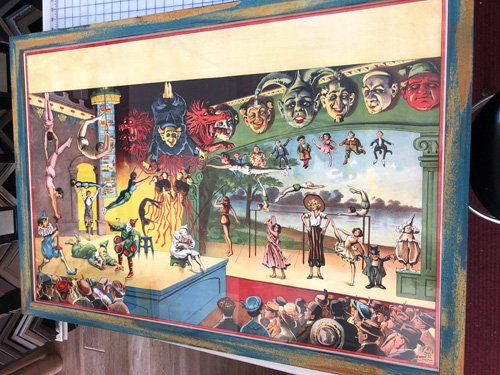 One of our clients brought in two, early 20th century carnival / circus advertising posters for us to frame. They were very unusual in that they had no advertising copy in their layout and were really quite artistic in terms of the clowns, acrobats, freak-show players, etc. One thing was for sure, though:  they needed a bunch of conservation work, having ripples, water stains, some tears in the paper, etc. We brought them to Chicago Poster Restoration, our favorite go-to guy who is very experienced when it comes to conserving and restoring items like this. We have seen Vince (Newkirk), the owner, put stuff back together that you would swear was destined for the dump. He is, truly, an over-worked miracle worker. He does a lot of canvas backing of posters, many of which were printed years ago on cheap paper and were never intended to last but which have, ironically, become highly collectible.

The level of detail, in the two prints, is superb and very amusing: 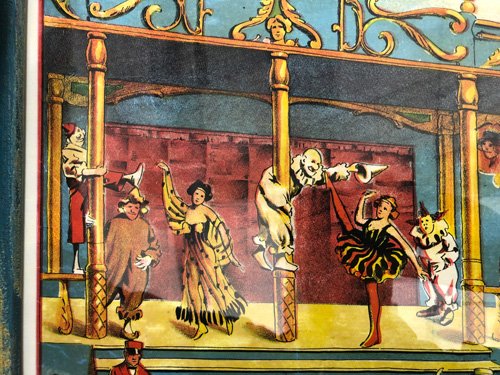 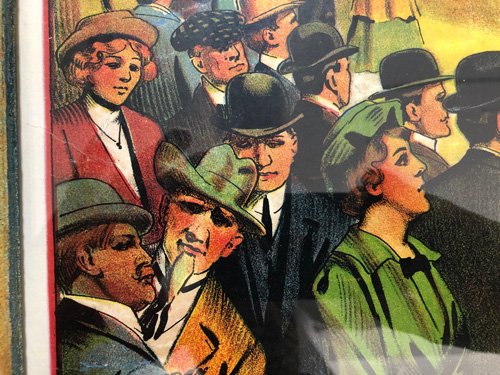 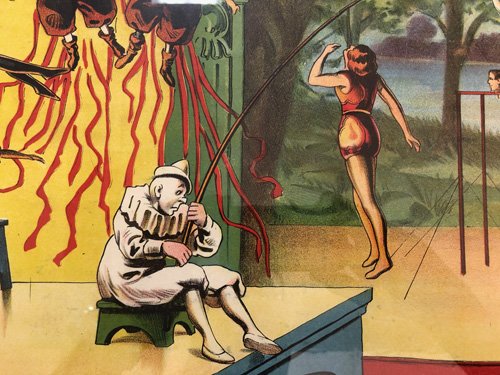 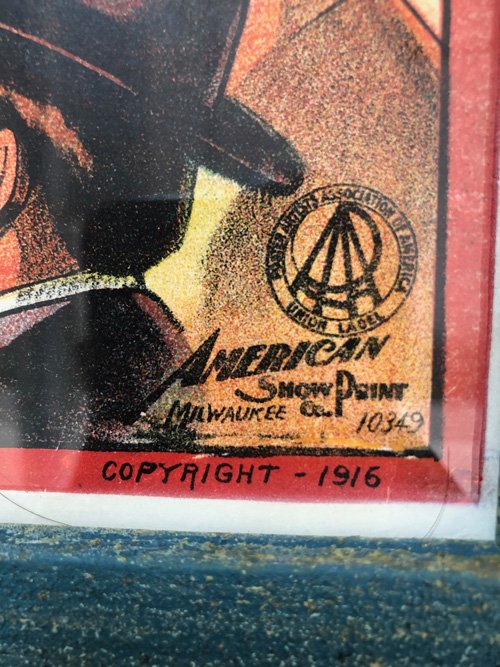 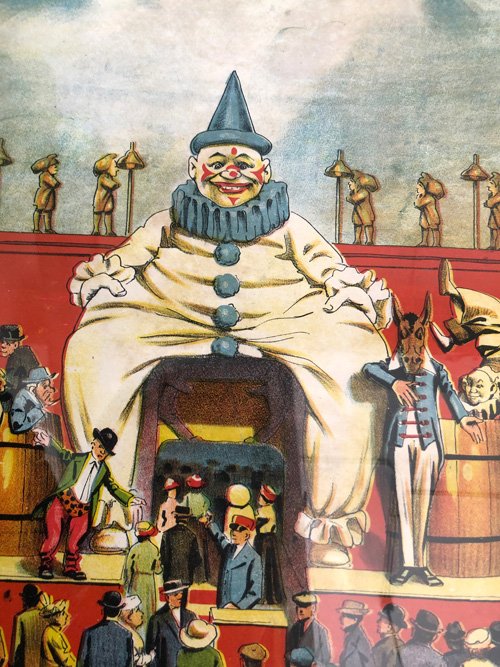 After he performed his magic upon these two posters, our framing team member, Kelly, had the client come back in and they worked up a really amazing design. The art was floated on a backing  and framed edge to edge, with U/V filtering plexiglass (called OP3) as the glazing medium. The frame is something called "Blue Rust" from AMCI frames.I have shown some closeups of what it looks like on its face and side. It blends in perfectly with the prints and is whimsical enough to echo the sentiments expressed in the posters. 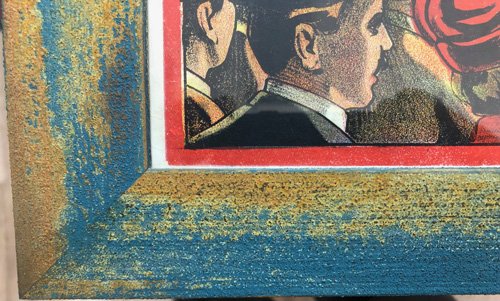 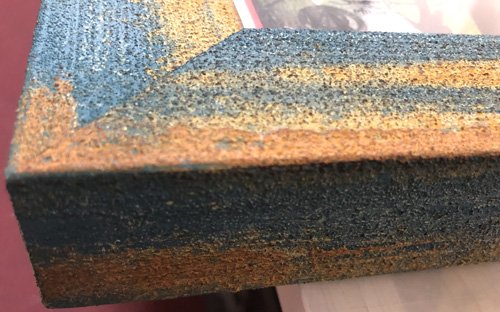 The prints were, approximately 42" x 28" and 45 x 59". One of the two had a large blank area at the top which, I imagine, might have been overprinted by a printer showing where their next performance might be.