Our client is a personal friend and a former principal over at Skidmore, Owings, and Merrill (one of Chicago's oldest and most well-known architectural firms).He brought in a photo of his wife's grandfather, a pocket watch he had owned and a 40-year service pin from the railroad for whom he worked. This was to be a gift for his wife and had a short time window to be framed as a shadowbox. Our shop manager, Dana, designed the frame treatment for these items and did a great job creating something special for our friend. Take a look: 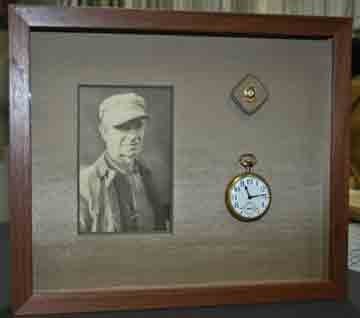 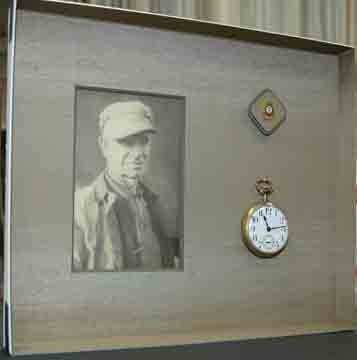 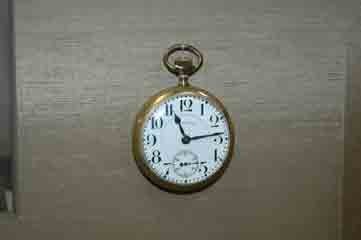 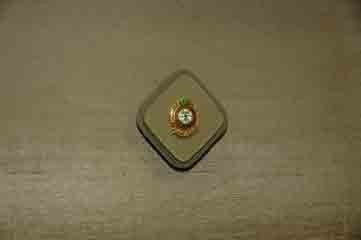 The second photo from the left shows the drop-in shadowbox prior to framing. Above, far right, you can see a cleverly designed platform created by Dana, where she stripped the fabric off a white-core mat board and adhered it to a solid black-core board instead and then had our Wizard 9000 CMC cut it out, to which she attached his service pin from the railroad. the watch has been sewn in place around its winding stem. No adhesive was used.

The photo on the far left shows the frame that is a Larson-Juhl 613675 Cranbrook Natural Walnut with Artglass UV Museum-style glass. The matting is Bainbridge 4843 Wheatfield Silkens.