Abner Mikva is a name that is loaded with Illinois history. This durable gentleman was a former Illinois congressman, was White House Counsel under Bill Clinton, taught law at the University of Chicago and was the former Chief Justice of the US Court of Appeals in Washington, DC. On November 10th, 2014, he was presented with the Presidential Medal of Freedom by President Obama, a former disciple of his. He was also presented with The Benton Medal, a top honor by the University of Chicago. He passed away on July 4, 2016

His daughter, Rachel Mikva, brought them in to have us frame them for him while he was still living. Our framer, Julie Kotulak, collaborated with her on the design of the framing, using a Larson-Juhl Tate Gold 214670 cap-style moulding for the frame, with anti-reflective glass. She matted it in Crescent 5506 Night Sky suede and Crescent 9851 Gold Nugget mat boards with 2 oval-shaped windows and spacers to push the matting away from the medals and create a pocket or air space to keep the glass away from the medals. Also added was an engraved plate to help explain and commemorate the contents. Check it out:

Images shown by kind permission of The Honorable Abner Mikva 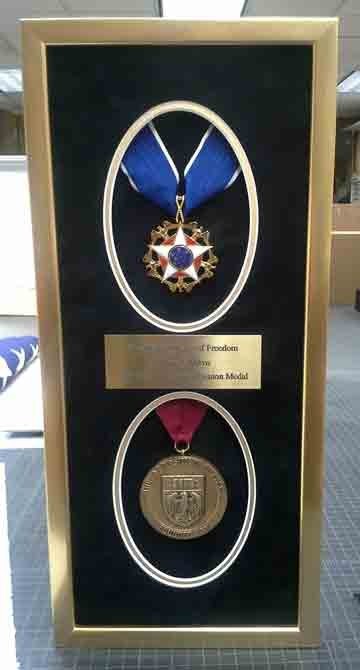 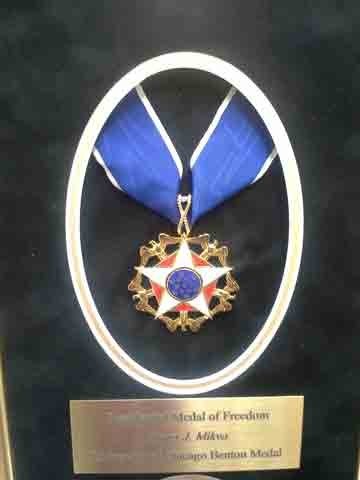 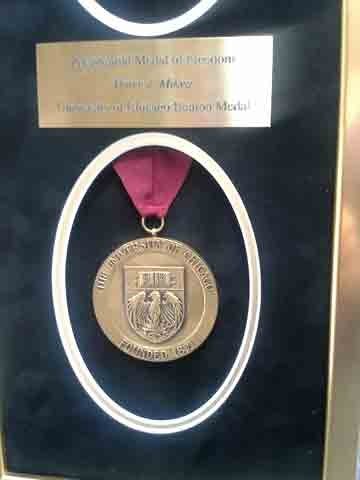 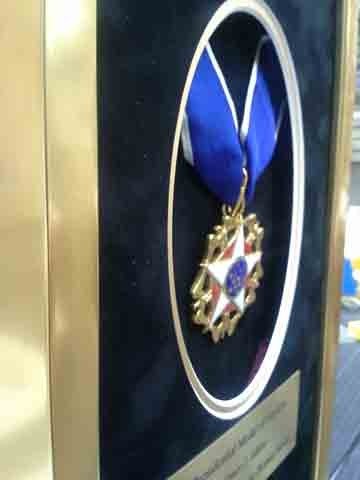 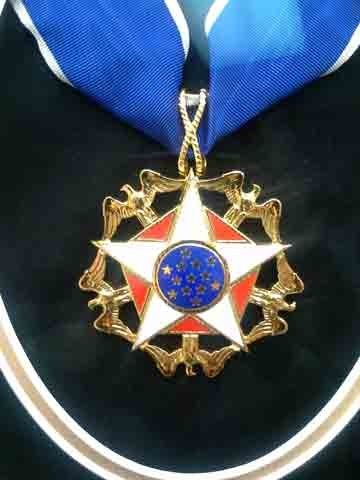