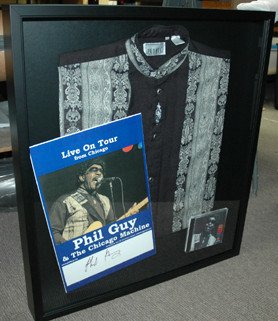 The manager and family friend of the late Phil Guy, Chicago blues musician extraordinaire and brother to well known Chicago bluesman Buddy Guy, came to see us with a pair of framing projects that had a short deadline. Phil Guy had passed away and they needed us to shadowbox frame some of his stage outfits with some of his cd's and other memorabilia. Our shop manager, Dana, put together two very nice compositions for the memorial service. We also believe that these were destined to be hung at the soon-to-be re-opened Buddy Guy's Legends after he moved to a new location. 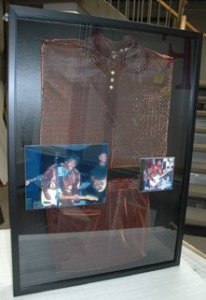 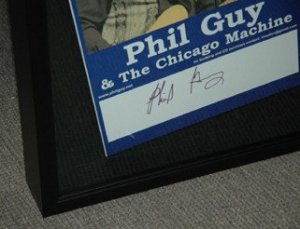 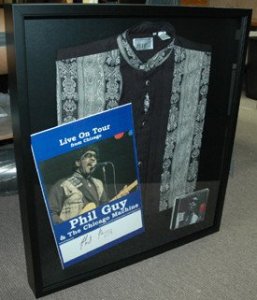 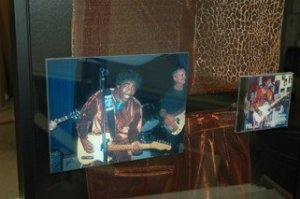 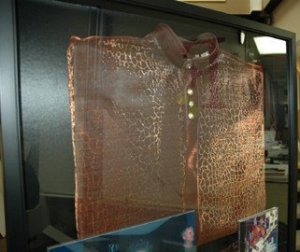 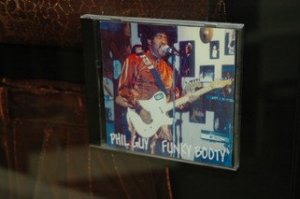