After President Obama won his first election, the state of Illinois produced some keepsake license plates, which our client purchased. The results of our framing them appear in the Collectibles & Memorabilia section of the Framescape Gallery (where we carved the slogan into the mat "Yes We Can"). The second time around, our client received an invitation to the inauguration, which she brought over to us to have framed. What you see below is the result: 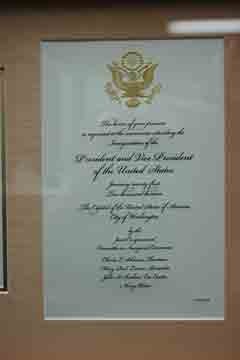 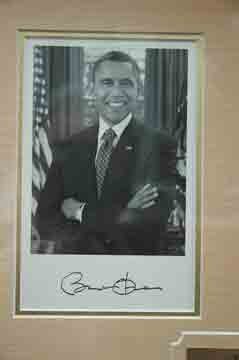 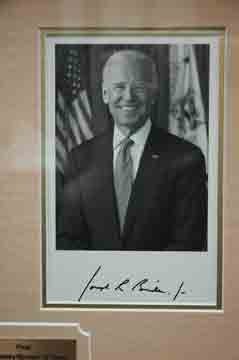 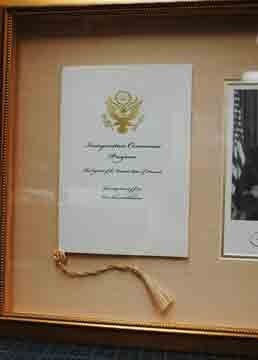 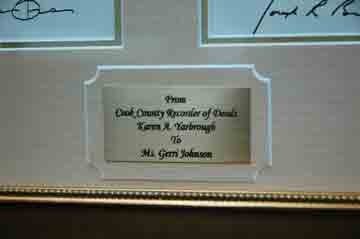 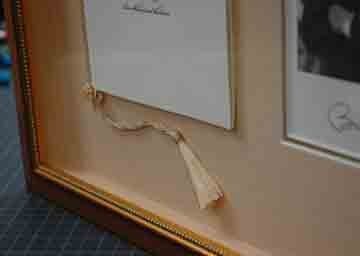 The overall size of the shadowbox was 31 3/4 x 14". The frame is a Gemini G-769 distressed gold with beaded edge. Glass is Tru-Vue Conservation Clear (filters 99% of UV rays). The main shadowbox was made from Bainbridge 4410 Golden Samurai silk mat board. The gold liner mat around the document openings is Crescent 9856 Sun metallic gold. The tassel was sewn down and we added an engraved brass plate to commemorate to whom it was given and from whom. Sweet!