Our clients, the Donatellis, get around. Literally. They are commercial airline pilots who worked hard to support the election and re-election of President Obama in 2008 and 2012. We had framed a montage of photos, Christmas cards, Inauguration tickets and invitations for the 2008 election cycle a while back. After 2012, they had more stuff to put in the frame and needed it re-matted and reconfigured. Here is what Dana, our shop manager, came up with. It looks great! 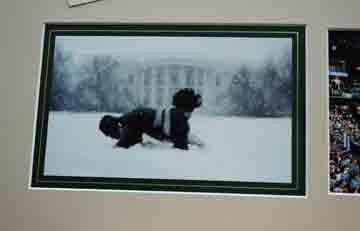 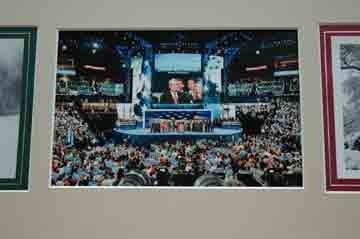 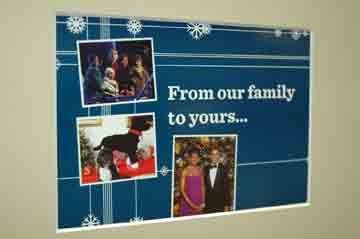 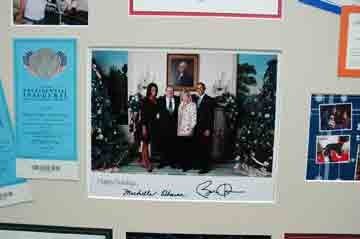 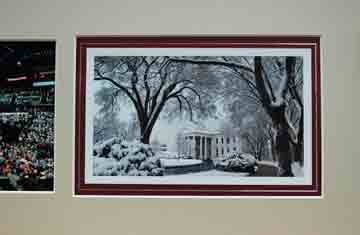 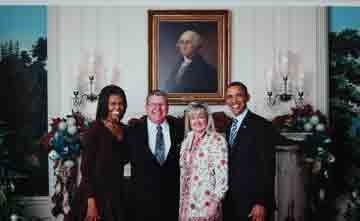 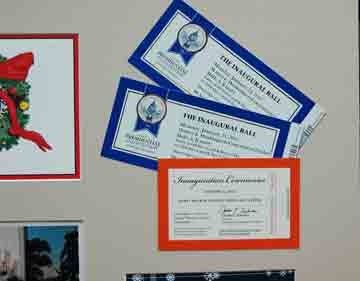 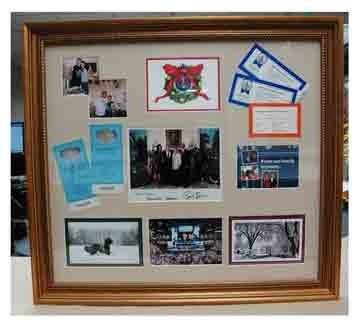 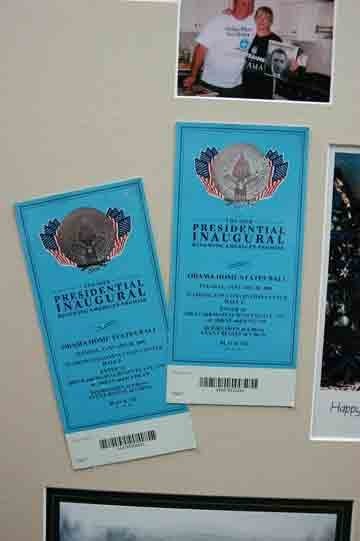 These are great photos, once (or twice) in a lifetime experiences, well worth show casing for posterity.
Framing by Dana L. Fisher, MCPF
Photos by Brian D. Flax, CPF
Images shown by kind permission of the Donatelli's.