Jake Hamilton, of Fox News, is one of our clients and one of our shop manager's (Dana) fans. She has framed all kinds of interesting things for him. Recently, he brought in an artifact from the Nightmare on Elm Street series of films with the Freddy Krueger character. Jake explained to us that he was the last person to interview Robert Englund as he was putting on the Freddy Krueger makeup and costume for the very last time, and indicated to R.E. that he was a big fan of the movies. R.E. gave the glove prop to Jake as a memento in a very nice gesture. It is a prop from one of those films that was the steel-tipped claw that Freddy wore on his hand. 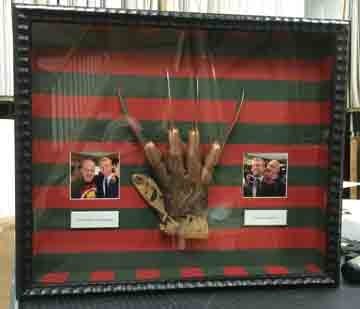 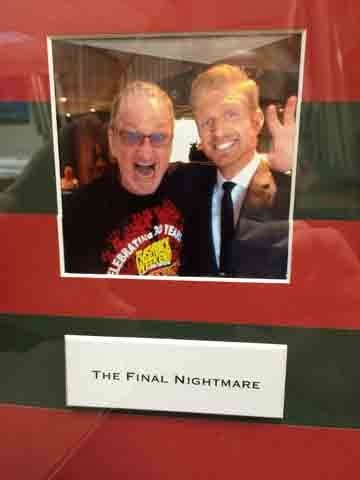 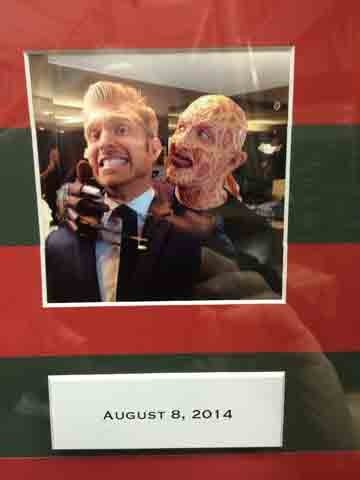 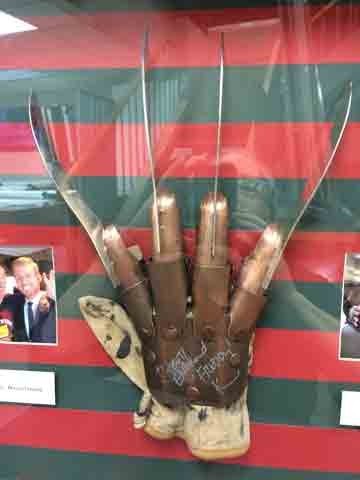 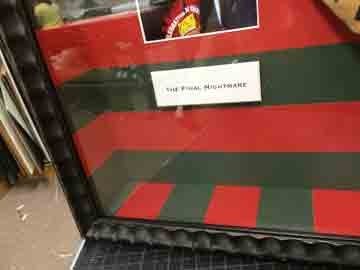