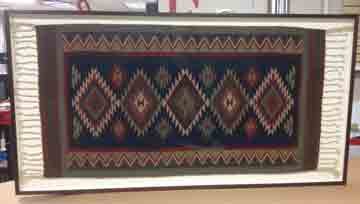 Dana's client brought in a beautiful, antique Navajo woven rug with lots of tassels. The client had taken it to a lot of frame shops, but nobody wanted to frame it in a shadowbox, as the client wanted it done horizontally, not vertically and the tassels all had to be sewn down individually. Dana, being legendary for her inability to say "NO" to any client, took the job in gratefully and did a terrific job with it. The frame is a Larson-Juhl Cranbrook Dark Walnut tall cap that is 13/16" wide on its face. The shadowbox measured 68 x 35 and, as a consequence, we ended up putting Tru-Vue Optium Museum Acrylic in it to glaze it. Originally, it was going to get glass, since they now have Museum Glass in a 48 x 68" size. Unfortunately, our wall cutter only goes up to 63". So, Optium was chosen instead. Further, the Optium weighs half as much as glass and was ideal for this project.

Before she could join the frame, though, she had to rip it on the table saw to 1 1/2" tall, since the original moulding was taller than the client wanted. Then, she mitered it and built it.  The foam board base was covered with Raphael's #520 white linen, and then the weaving was completely sewn down. Here are some details: 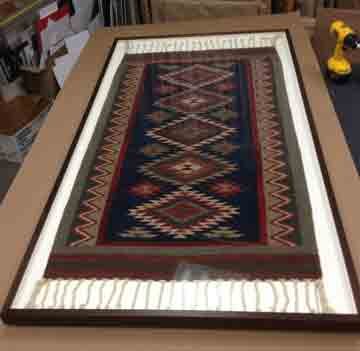 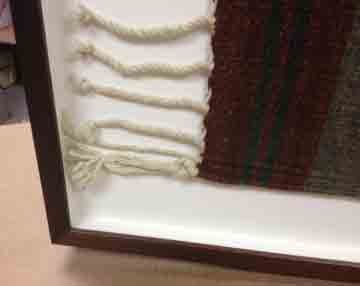 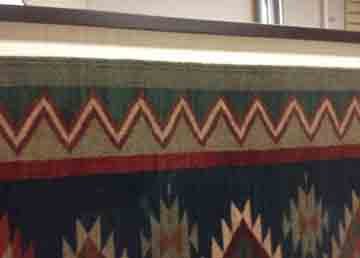 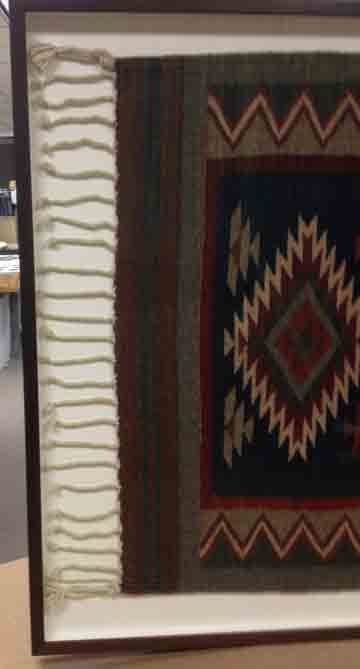 Images shown by kind permission of of our client B. Konstant