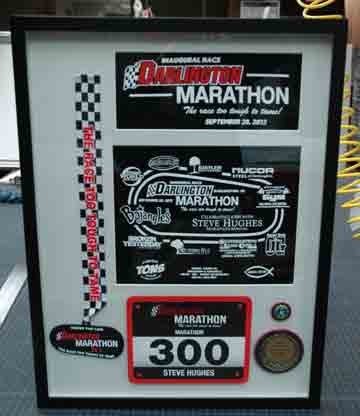 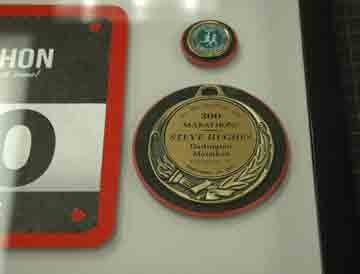 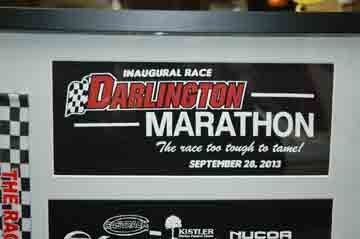 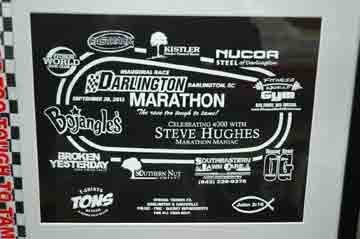 Steve had, as of this marathon, run 300 of them, an amazing feat in itself. We are all in awe of that sort of physical stamina.

The frame we used was a Nielsen Tribeca 18 x 24 black ready-made frame to keep the cost down. The mat is Crescent 1634 Fog Gray rag mat. This was done as a shadowbox, with mat boards the same color lining the inside of the box. The extra depth allowed us to surface mount the platformed medallions. The two large openings are actual segments of the T-shirt he wore during the marathon, which we dissected to fit these details into the frame.