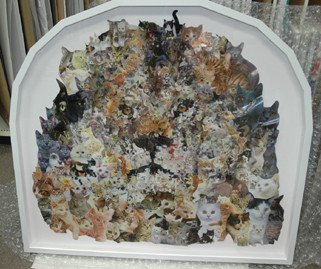 We have a client who creates wonderful collages using images from nearly every possible source. What we found particularly interesting about this one is that there is picture of a lion's head and face buried in the overall collage. This collage is, mainly, cats and kittens. Once the collage was completed, it developed a bit of a 3-D shape due to the warping of the paper images and the overall shape. Consequently, we needed both a frame that was a bit deeper and more shadow-box like as well as one that followed the contours of the collage's shape. Could we have used a rectangular frame? Sure. Could we have cut a mat to surround it that was arc-shaped? Of course. But that is all so predictable and boring.

The frame is a white shadowbox-height cap moulding by Larson that was cut into 12 segments, with 3 large ones comprising the bulk of the frame's bottom portion. Of the other 9, one larger one forms the keystone at the top of the arch.

Plexiglass was used to glaze the piece, as cutting the different angles on a piece of glass that size proved to be more than we could achieve technically. Further, the plexiglass weighed a lot less and made it easier for us to ship the piece down to his sister's place in New Orleans.

The collage was adhered onto an oversize piece of white rag mat board that was trimmed to the interior shape of the frame. This also created a template for us to use to rule off the piece of plexi prior to cutting. The plexi was cut on a table saw. 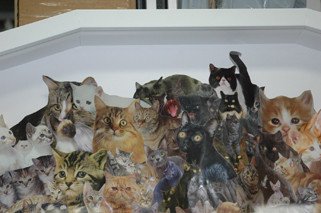 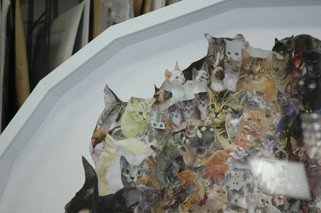 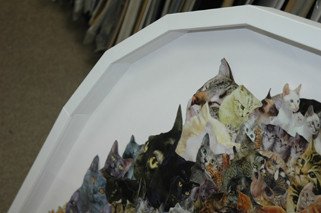 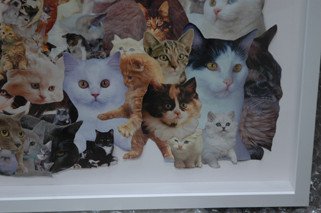 The inside of the frame is lined with box strips covered in the same mat board upon which the collage is mounted.

Image by kind permission of our client. 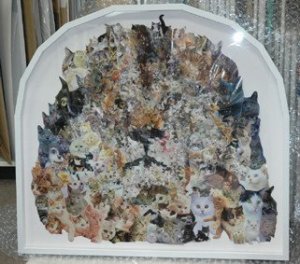 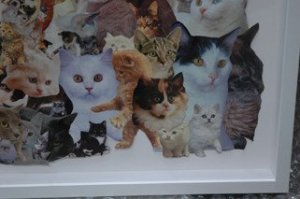 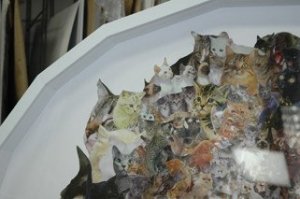 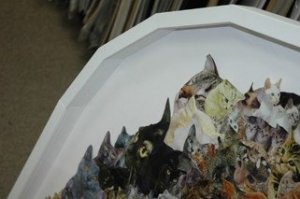 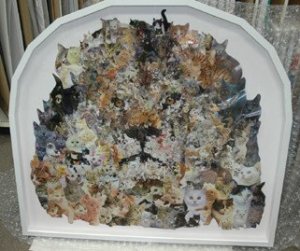 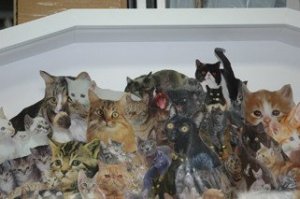