"In God We Trust, All Others Pay Cash" Sculpture in Flanged Lip Plexi Box 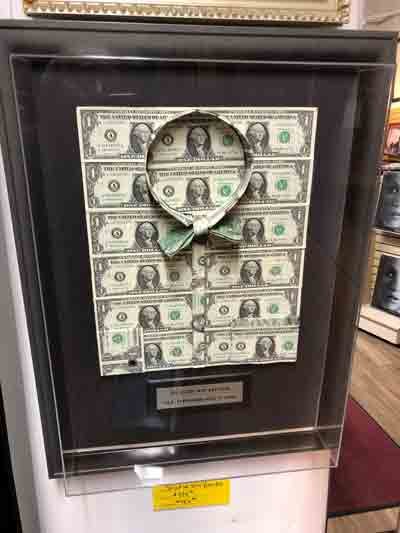 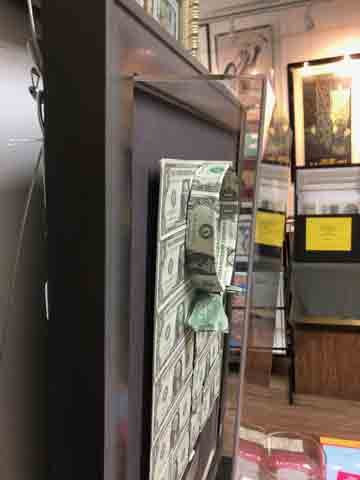 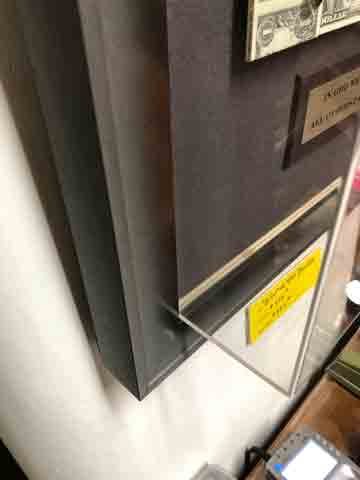 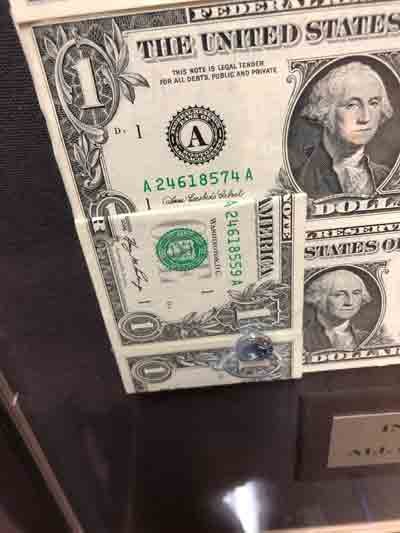 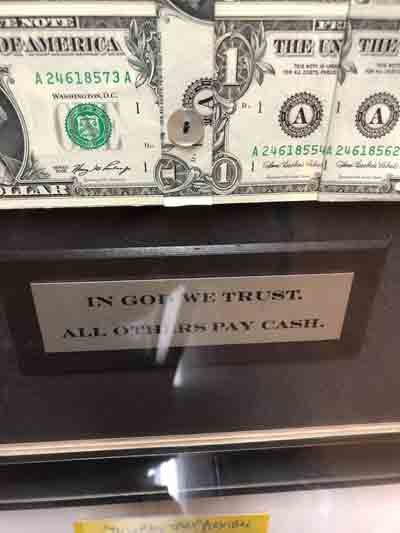 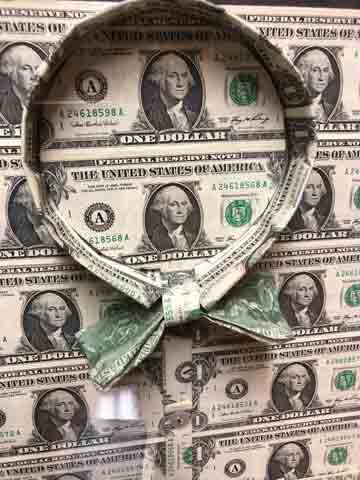 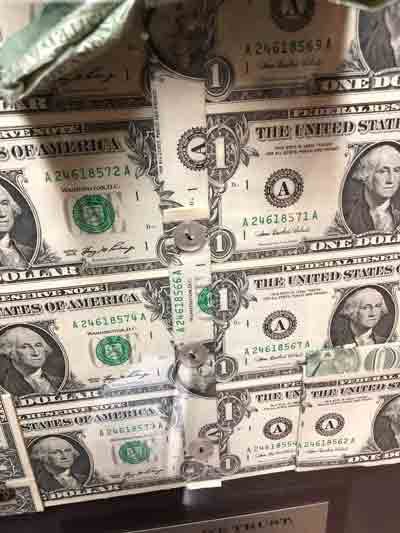 A decade ago, an artist walked into our shop with a sculpture that he had made out of U.S. One Dollar bills. The sculpture was in the form of a neatly folded men's dress shirt with a bow tie made from $2 bills. He added some buttons and snaps here and there and it looked really interesting. I bought it from him with the intention of framing it in a shadowbox at some point as a sample. That was a decade ago. Finally, it was taken out of its drawer and we designed a framing treatment that worked pretty well We attached the sculpture to a recessed mat board riser and then centered it on a mat that was the same color gray as the dark grays on the printing of the paper money. In that way, we were not introducing any new colors to the composition. We framed it in a chunky, metallic finished  Larson-Juhl wood moulding that gave the feeling of a cast metal base, from which projected the sculpture and flanged lip plexi box. While most plexi boxes are constructed from glued together panels of plexiglass, like a 3-D jigsaw puzzle, we found a company that offers flanged lip plexi boxes that are formed from a single sheet and then heat-bent at the seams, so there are no glue joints. This box is one of those.

Finally, we had a metal plate laser etched to put a caption on the sculpture: "In God We Trust, All Others Pay Cash". It was something I once saw behind a bar and it stuck with me. It works well for this sculpture. I saw another sign, recently, at another bar that said, "There will be NO WORKING DURING DRINKING HOURS." I am still figuring out what to frame to tell that story.

Do you have a 3-D object that you would like to display in a secure way? This is one way to achieve that. Like pictures, every object tells a story. Let us help you figure out how to do that for your favored object or "objet d'arte."