A client of ours from a company that does consulting brought in a bunch of items that related to some legislation that Illinois' governor, Pat Quinn, signed in 2012. We were asked to create 5 shadowboxes with this memorabilia that were to be given out to clients who were involved in the project. Dana, our shop manager, designed several versions, since a few had pens to be included while some did not. She used a Gemini 3802 matte black frame with silver edges, Artglass Water White Anti-Reflective glass and created a drop-in shadowbox made from Crescent 5598 Etched Black mat board. We downloaded and printed out, in color, the seal of the State of Illinois for those that had no pens and Dana included a V-groove in the matting that followed the circular opening into which the seals were inserted. Check it out: 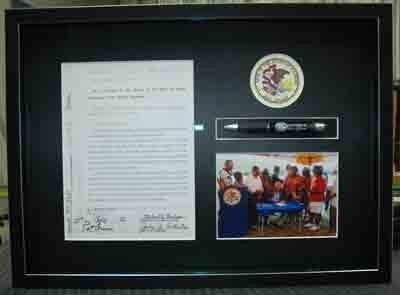 The collage above is one that contains one of the pens that the legislation was signed with, along with a smaller copy of the Illinois Seal, a photo of the signing ceremony, and a facsimile of the legislation that was signed by Governor Quinn. 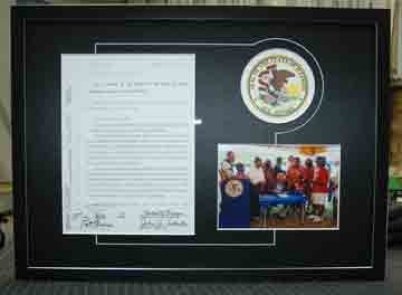 The shadowbox at right had no pen, so we printed out the Illinois seal larger than the above depicted one and ran a decorative v-groove throughout the composition to tie it all together visually. 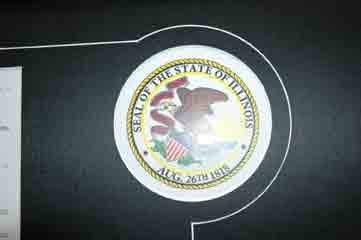 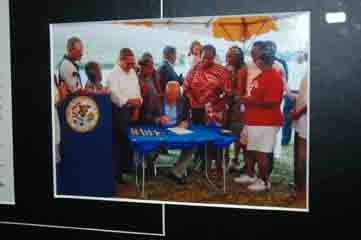 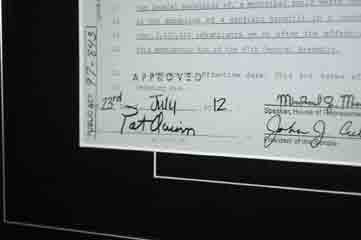 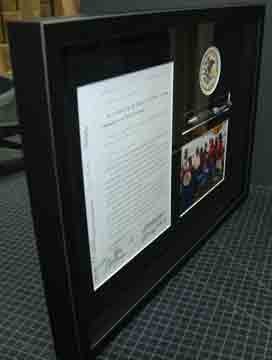