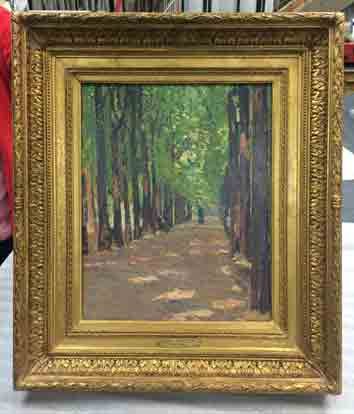 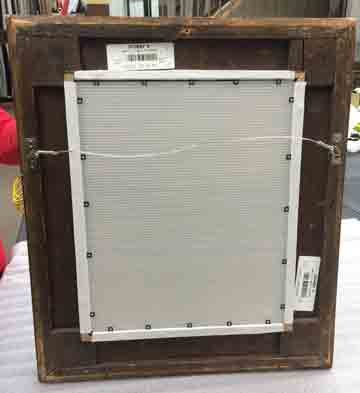 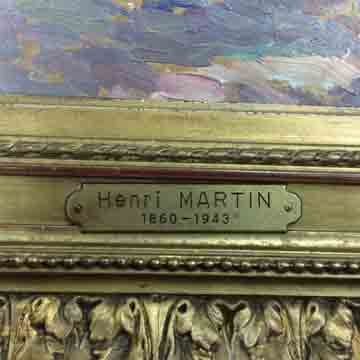 This painting (oil on board) was painted by Henri Martin, a painter who lived from 1860-1943. The frame was damaged in shipment from the auction house to a well known Chicago Loop attorney who purchased it at auction. The artist is a contemporary of many of the Impressionist painters from the last quarter of the 19th century, though not as well known. His style reminds one of Pissaro and Sisley. The frame is, of course, a gorgeous period gold leafed frame. Two of the corners were damaged and a few other places had lost leafed compo elements. The client wanted to know if it could be restored. We know a restorer who has done great work for us in the past and took the project on so that he could work his magic on it.

We brought it to our conservator, Stephen Citron at G.A. Tremain & Co. in Evanston, Illinois. He did a superb job of fixing the frame, re-casting the compo elements and then restoring them to the frame. We reinstalled the canvas into the frame, lining it with foil-backed acid-free paper tape to isolate the art from the acidic wood frame and covered the back with fluted polypropylene or "Coroplast". This protects the art from damage, moisture, and insects. We also added new hanging hardware.