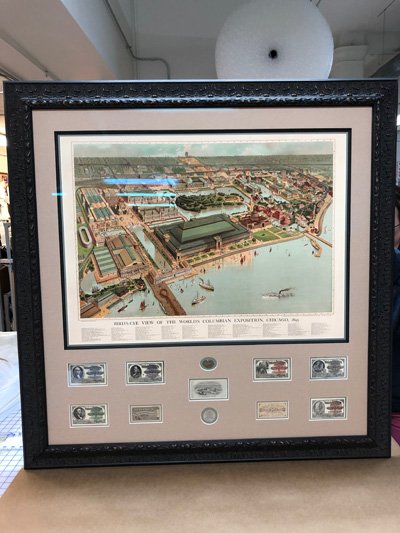 Our client is an avid collector of original memorabilia from the 1893 Columbian Exposition in Chicago. Originally conceived as an expo to celebrate the 500th anniversary of Christopher Columbus's discovery of America, like most big, complex undertakings, it did not occur until the beginning of May, 1893 and ran through the end of October, 1893. It was built along the lakefront and extended inland to well past the Museum of Science and Industry, originally part of the expo. Many of the buildings, there, were of a temporary nature though made to look like they were ancient and important. This was the event that, really, put Chicago on the map. Considered part of the barely-settled "Northwest", Chicago was a frontier town with big ambitions. There are two wonderful books about Chicago that describe that period really well. One is called "Chicago: City of the Century" by Miller (the companion book to the PBS series of the same name) as well as "Nature's Metropolis" by Cronin. 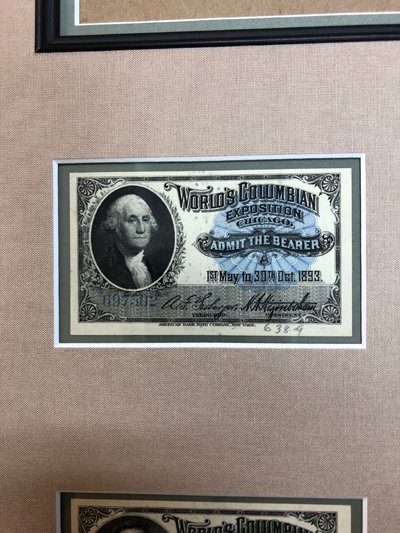 The frame we used is a period frame, too. It is from the Larson-Juhl collecton named Biltmore, taken from actual frame designs in the Biltmore Mansion in Asheville, North Carolina, which was built shortly after Cornelius Vanderbilt bought 125 acres in 1888 and built a 250 room palace there. 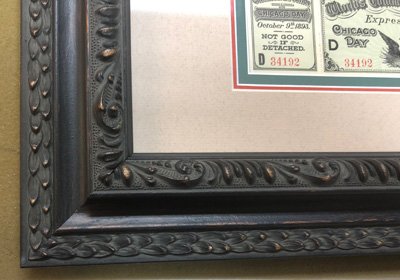 The souvenir "birds-eye-view" map was framed, along with actual ticket stubs and admission tokens from that event. We also framed a replica poster of the first Ferris Wheel ever seen, which made its debut at the expo. It, too, was framed as a collage with ticket stubs for admission to the wheel. Each car, on the Ferris Wheel, was the size of a railroad box car and had its own bar (for alcohol). The foundation for this ride still exists and was found a number of years ago. 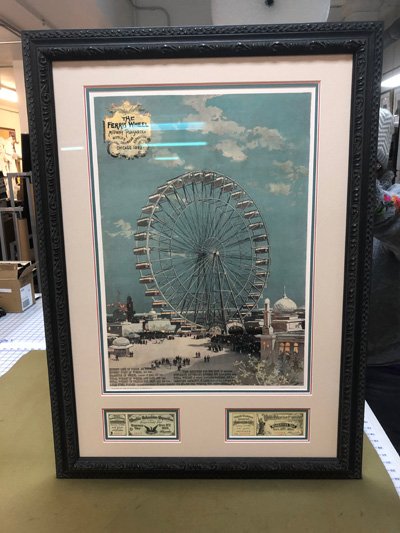 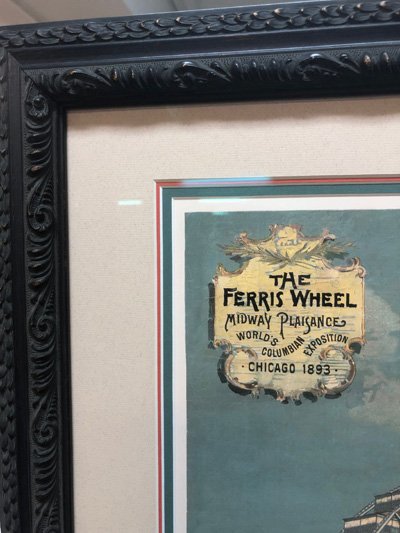 The lagoon with all the landscaping, designed by F.L. Olmstead, still exists and is just west of the Museum of Science and Industry and it is shown on the map.
All framing was designed, executed and photographed by Brian Flax.