40 ACRES AND A MULE: AMERICA'S PROMISE TO THE FREED SLAVES AFTER THE CIVIL WAR

A most unusual artifact to frame, Dana's client brought in a genuine warrant from the Department of The Interior where freed slaves were given this promissory note of 40 acres and a mule. It is said that the General Order was handed down by General William Tecumseh Sherman.

What the client brought in was the original document, certification of its authenticity, and a steroscopic photo taken during that time period. This all went together into a great shadowbox, as follows: 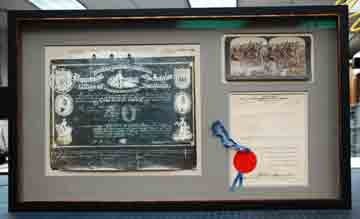 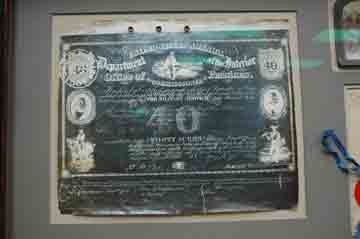 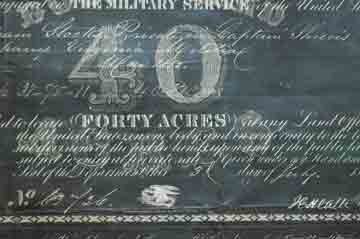 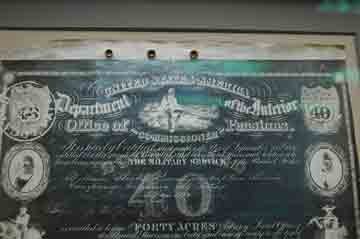 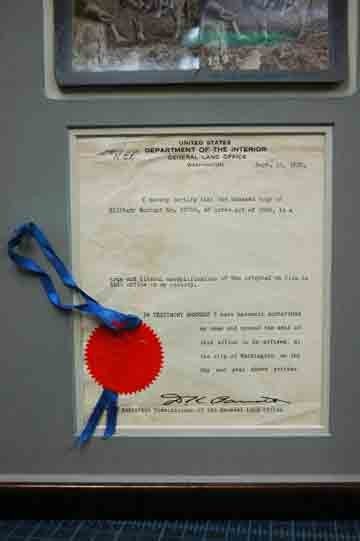 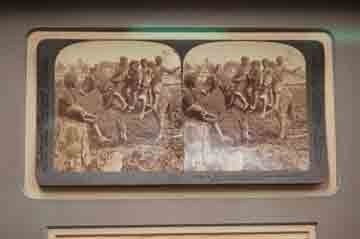 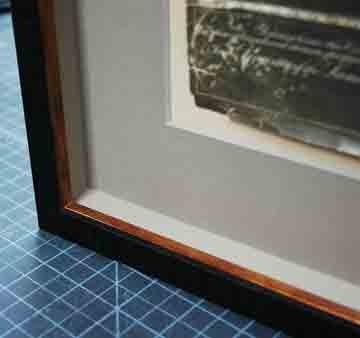 The frame used was 26 x 14 7/8" inside, and it was Studio Moulding 6304 Sabi Black, with Artglass Waterwhite Anti Reflective glass. Matting was Crescent 1137 Fieldstone gray (main shadowbox) and Crescent 1129 Bluff (lighter color behind photos).