One of our clients brought in a very unsual item for us to frame: A classroom visual aid that taught about dinosaur evolution, with all of the captions and text written in German, garbage-picked in Istanbul, Turkey. 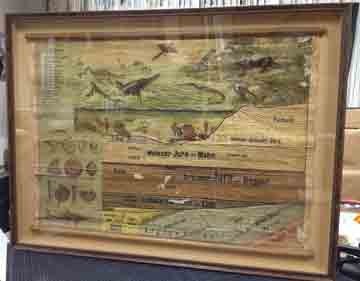 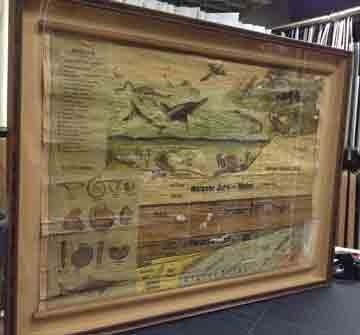 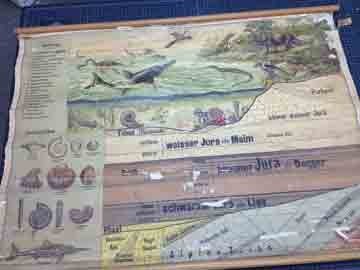 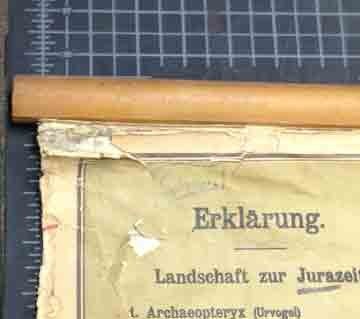 It was rather torn and beaten up looking, so Dana (our shop manager) spent a fair amount of time carefully gluing much of it back together again. While the restoration was not perfect, it looked way better than it did at the start before she framed it. We have found, since that time, a paper restorer in the Chicago Loop who could have restored it and canvas backed it, but we would probably have to spend $250-$350 to have him accomplish that. 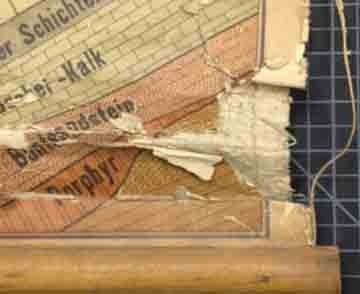 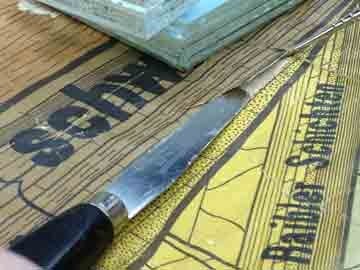 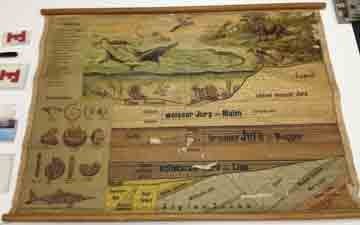 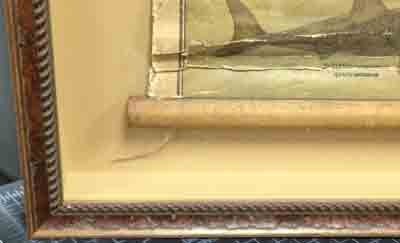 The glass size of the frame was 49 5/8 x 37 1/4". The frame used was a Larson-Juhl 423440 Verona Chestnut shadowbox depth wood moulding. Due to its size, plexiglass was used instead of glass and the chart, along with the wood rollers were sewn down to a shadowbox made from Crescent 9932.

The images at the top of the page show the (mostly) restored instructional chart sewn down and fully framed in the shadowbox-depth frame. Usually, we photograph them before the glass goes in to prevent reflection. However, in this case, it was shot after completion.