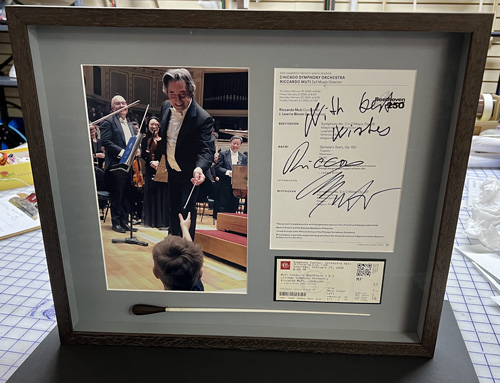 Our client, Mark, was at a CSO concert, at Chicago's Orchestra Hall, with his young son. They had front row seats and had just finished enjoying the concert when the conductor, Maestro Riccardo Muti, turned and looked over, saw the smiling young boy, walked over and did something that, we are told, he had never done before:  He handed his baton to Mark's son to keep! Bravo! Our client brought the baton in, along with a ticket to the concert, a photo he snapped of Muti handing over the baton, and a program from the concert. All that would have made a terrific shadowbox frame. But: Our shop manager, Dana, had done a lot of framing for staff at the CSO and asked one of them, when they stopped in to do some framing, if it would be possible to have the Maestro sign the program for Mark and his dad? Her CSO contact said she would ask Riccardo if he would do so. He did! And what you see, above, is the result.

The glass size is 19 x 16, with anti-reflective, u/v filtering glass on it. Frame is a Vermont Hardwoods Special Dark #122 Walnut and the mat is C9555 Crescent "Steel Drum" grey.  Here are some of the details in photographs: 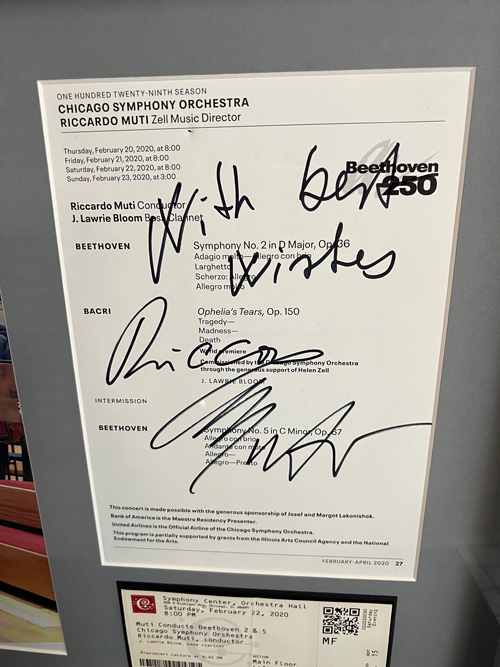 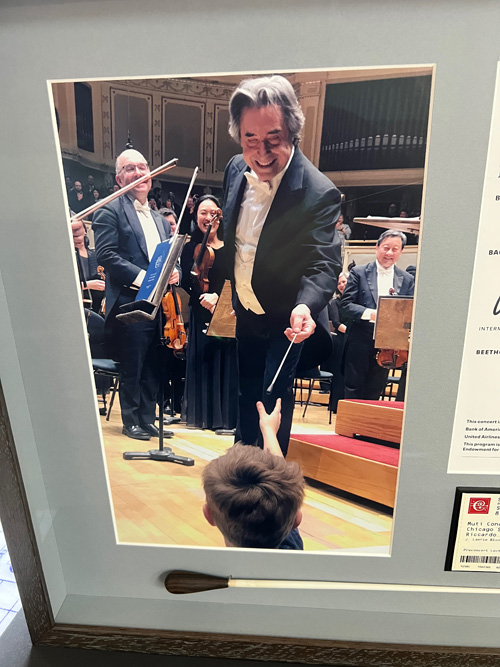 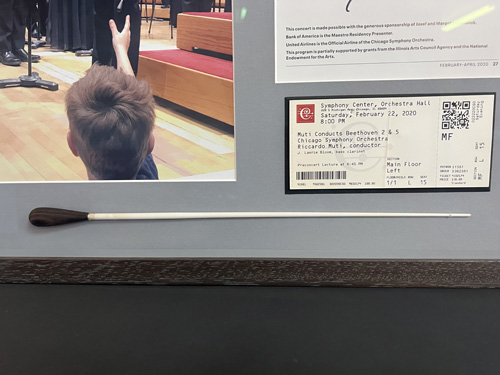