Shown above is a shadowbox frame for a Chinese Scroll Painting on silk. It was, originally, going to be nearly 8 feet tall, but our client found that it was too tall for the space they had so Dana (shown above) ened up cutting it down about a foot and a half and, as you can see, it was still pretty tall.

The scroll is an exquisite painting done on silk from China and our clients wanted it shown with the original wooden scrolls still attached. The fabric-covered backing board was covered in a cream linen and then the scroll was rolled down to its full size and sewn in place.

The frame is a Larson-Juhl "Verona" shadowbox-depth moulding that looks fairly antiqued with a scroll motif on the edge. The glazing is Tru-Vue Optium Museum Acrylic, a plexiglass product that mimics Museum Glass. It is anti-reflective, clear, 99% u/v filtering, abrasion resistant and anti-static. It is also way more expensive than Museum Glass. However, due to the size of the object being framed, we had to use it to achieve the desired look and protection (Museum Glass is only available up to 40 x 60). The end result was superb.

To enlarge the photos below, simply click on the image to be viewed: 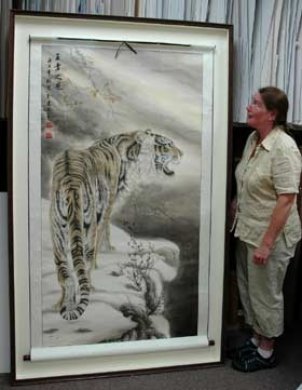 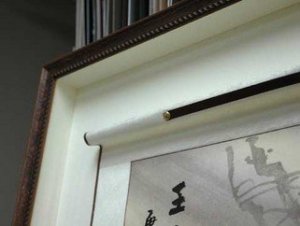 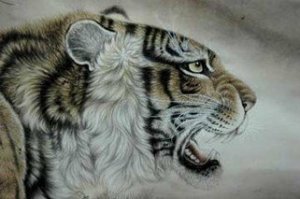 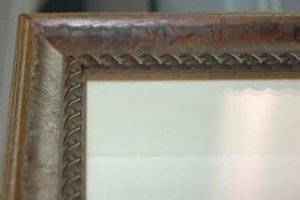 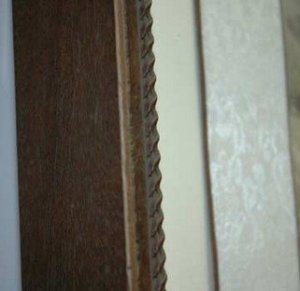 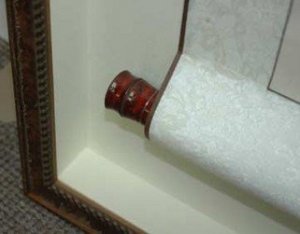 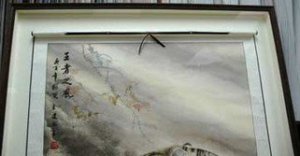