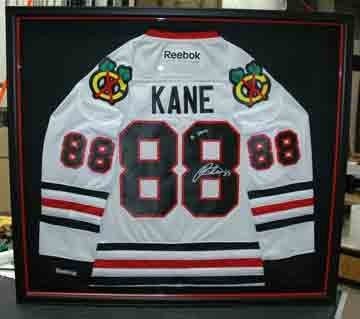 That's the tagline they use to advertise The Chicago Blackhawks hockey team. A client brought one in for shadowbox framing that was autographed by Patrick Kane, one of the star players on the team. Dana, our shop manager, took an Engelsen matte black frame that is fairly tall with a lightly rounded face and a raised, square outer edge and stacked a glossy red fillet inside the lip to give it the look of the Blackhawks color scheme. The inside is lined with black linen-covered mat board and the jersey has been sewn down. Frame has anti-reflective glass. 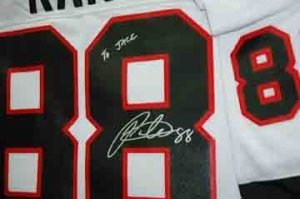 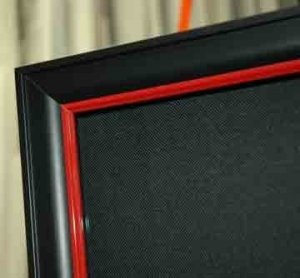 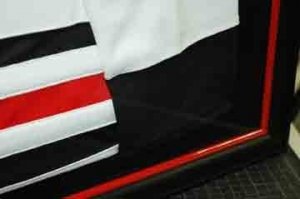 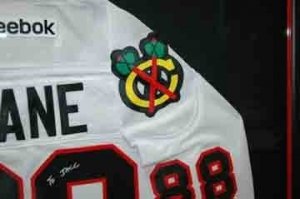