Our client had been collecting charms for her charm bracelet for many years. Finally, she decided to retire it and frame it so she could enjoy it without necessarily having to wear it. She brought it in and it was determined that we had just the thing, already built, on the shelf: An 8 x 8 black, wood, readymade shadowbox frame. The frame is by Lawrence Frames and is about 1 3/4" tall inside the frame. It comes with a velcro-covered fabric panel at the back of the frame for the do-it-yourself framer.

It was determined that we would make our own, drop-in shadowbox for the frame instead of the velcro panel, since the charm bracelet would need to be sewn down extensively to hold the positions shown in the photographs. The box was made from Bainbridge 4165 Coal Black Suede matboard. Although Dana, our shop manager, designed the piece, our other designer, Julie, ended up doing the framing and all the sewing. She had to spend twice as much time sewing as had been originally envisioned, since each little charm swung independently from the bracelet and had to be immobilized. Remember: Gravity rules!

Check out her handiwork: 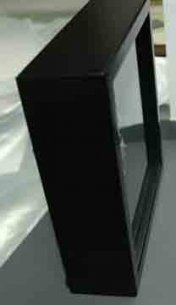 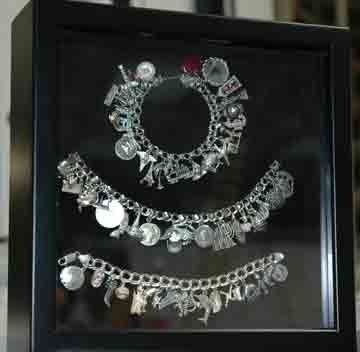 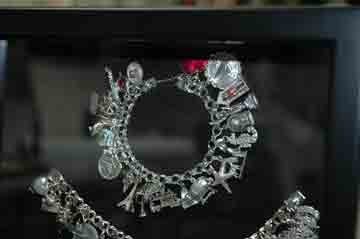 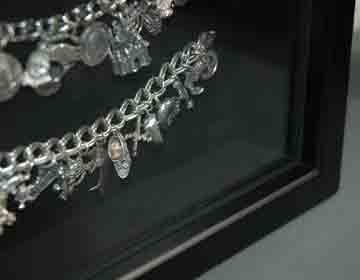 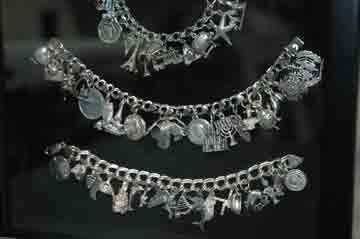