I could not help but start humming "I'm being followed by a moon shadow...." when our client brought in a Cat Stevens anthology LP to be framed as a Christmas gift. The story goes that when she was dating her significant other, 20 years ago, this was their favorite music. After separating and going their own ways, they reconnected many years later and are together again. She wanted to give this to him as a way of commemorating that event.

We selected a frame by Larson-Juhl from their collection called Tate (Larson 374560), which either comes in a soft, smooth, cool silver finish or a semi-gloss black lacquer that has a brush pattern in it reminiscent of the grooves on a vinyl LP record. We chose a Bainbridge 8159 "Mare" Alphamat for the main matting. We also added a v-groove that circumnavigates the perimeter of the LP cover and LP disc. That little groove cut in the matting always manages to, visually, pull the disparate elements of the collage together. We had to create a "sink mat" to hold the LP cover and LP in place, as they were thick elements to frame, unlike a photo or sheet of paper.

We put ArtGlass Water White UV anti-reflective glass on it, with the glass size being 24 x 18.

Images shown by kind permission of our client. 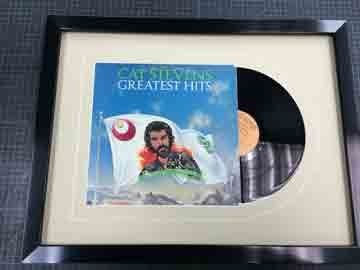 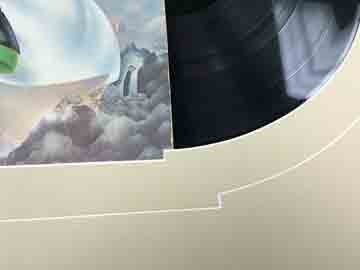 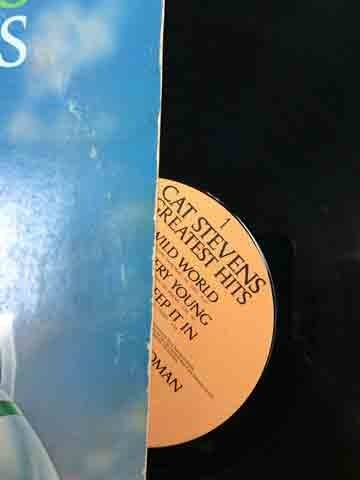