In 2009, Bruce Springsteen and the E Street Band appeared at a venue near Chicago. A client of ours and his son attended. The son won a lottery and got seats up front and was really excited about the concert. He had a bit of signage with him that demonstrated a deep knowledge of Bruce's songs and lyrics. As a consequence, he was given the gift of Bruce's concert harmonica at the end of the show. Our client had taken some great photos of the concert and his son, so he brought them in with the harmonica and some other related items for us to frame in a shadowbox. The resulting shadowbox is show here. 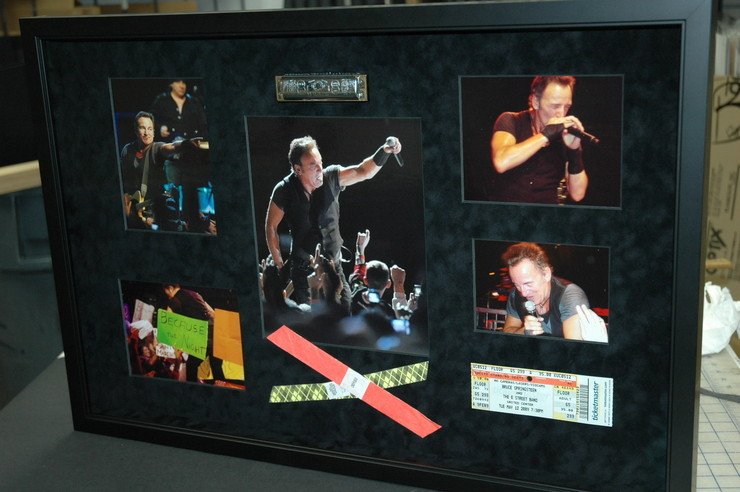 The wristbands from the seating lottery are shown in the middle at the bottom next to the ticket stub. The harmonica is shown at the top, center, wired in place with monofilament. The mat is a carbon black, black-core suede by Crescent. Anti-reflective AR glass was used inside a Gemini black matte shadowbox-depth flat-top frame with a small inner lip. 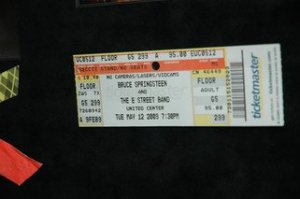 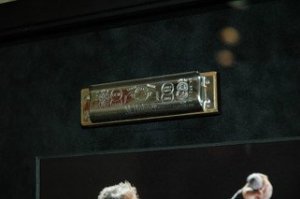 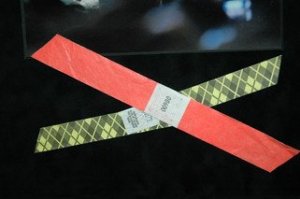 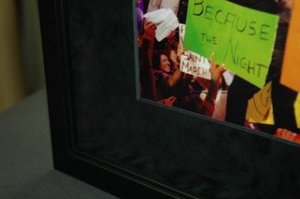 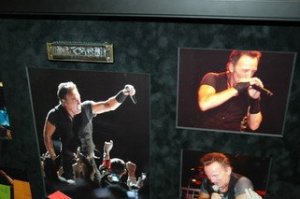