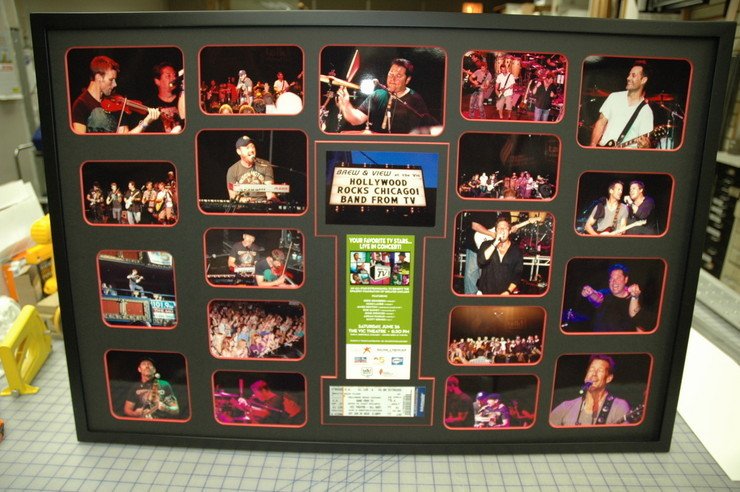 When the Epilepsy Foundation of Greater Chicago staged a benefit concert for the foundation in 2010, they brought in a rock and roll band (called Band From T.V.) composed of t.v. celebrities who have some musical talent, playing instruments and/or singing. They staged it all at the Vic Theater in Chicago, a great old live music venue on Chicago's North Side. Such luminaries as Greg Grunberg (Heroes and Alias), Hugh Laurie (House, Jeeves & Wooster), James Denton (Desperate Housewives), Adrian Pasdar (Heroes), Jesse Spencer (House), Bob Guiney (The Bachelor), and Scott Grimes (ER) form this band.

We were contacted about doing a photo montage with some ticket stubs to present to the Band members as a thank-you gift (it ended up on the wall of their practice studio). We had a fairly narrow time window to do this and then ship it by air to L.A. for the presentation, so we chose a 36 x 24 Nielsen Tribeca ready-made frame, added plexiglass to it to make sure it arrived in one piece and cut a 19 window mat out of Crescent BR34921 Black on Red. That is, it is a black surfaced mat board with a red core. We used our Wizard 8500e Computerized Mat Cutter to create this layout. All the window openings had rounded corners like a traditional TV screen, and the central portion of the layout had a platform made from the fallout of 3 merged mats to conform to the relative shape of the items mounted on it: A photo of the Vic marquee, ticket stubs and a promotional program card. We used a Bainbridge Artcare acid-free foam board for the backing to ensure the longevity of the piece.

It was a lot of fun to work on and a challenge to shoehorn in all the stuff they wanted in this piece. I had to leave out 4 or 5 photos that could not physically fit and were, for the most part, duplicates of other images in the piece. All that's missing is a photo of the band members with the piece on the wall.

Frame designed and executed by Brian Flax, CPF
Photos provided by Erin Leyden of the Epilepsy Foundation of Greater Chicago.
Reproduced by kind permission of our client. 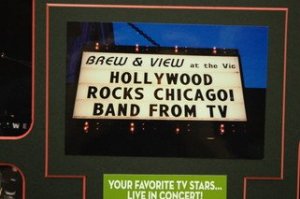 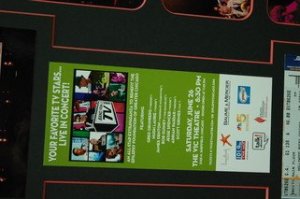 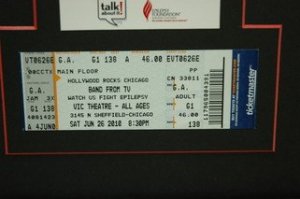 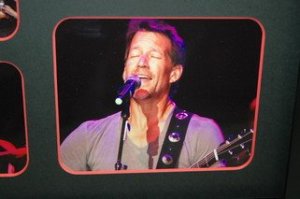 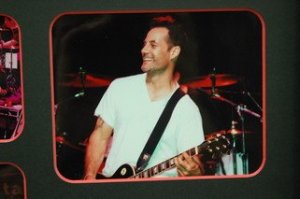 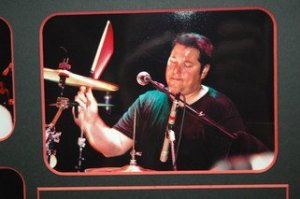 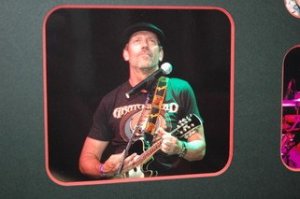 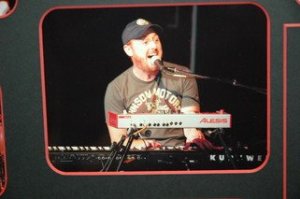 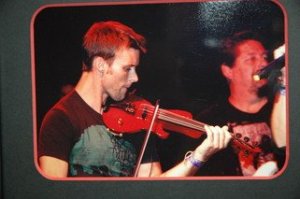 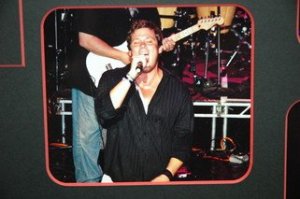 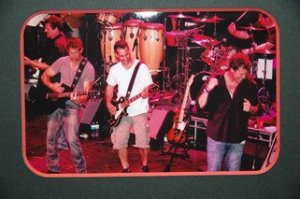 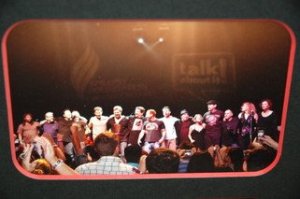