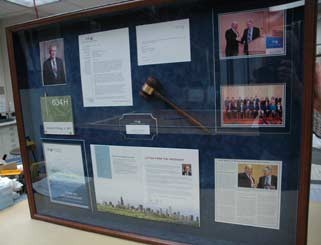 In 2010, we got a frantic call from a lady at the American Society of Clinical Oncologists (ASCO), telling us that they were having their annual meeting in Chicago and had a presentation shadowbox frame shipped in from a local framer. It arrived badly damaged and they wanted to know if we could salvage it in time for their gathering. When we received it, the glass was broken and a few elements were out of position. We put it back into first class condition and they picked it up with many thanks.

In 2011, they contacted us again and asked us to build one from scratch for them since we did such a great job for them last year. The above photo shows what we did. The elements presented a few challenges for mounting, such as a gavel and the heavy door i.d. plate from his hospital office (the recipient is a doctor and outgoing association president).

We used a "Heyward" mahogany stained ash deep shadowbox from Larson-Juhl. The whole box was close to 40 x 30 and about 2 3/4" deep (it had to be to accommodate the gavel). The mat base for the collage is a hydrangea blue suede. We created some additional surface-mounted matting to surround the lower left program cover and upper right set of photos, as well as a kobe-cornered mount for the association's business card in the center. All the photos and documents were hinged behind mat openings in the suede mat base. 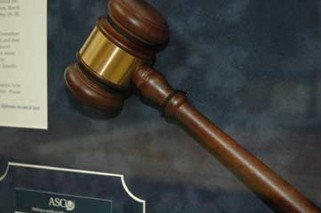 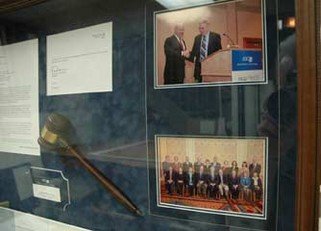 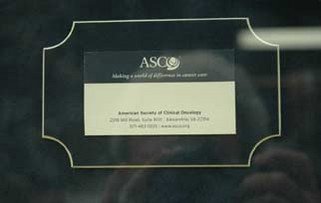 The most challenging part of this sort of shadowbox is the mounting of 3-d objects, such as the gavel. The gavel was lashed in place by using a length of black picture hanging cord. It is very strong (made from Kevlar, the fiber used in bullet-proof vests) and is used for hanging pictures where the wire or cord is visible, making an inverted "V" when hung from a gallery molding "S" hook. I made a hole in the mat at the base of the gavel head, came up from underneath the mat, passed it over one of the grooves on the end of the gavel head, passed it through another hole, etc. I laced the whole thing in place with one, continuous cord. It will never move or let go. 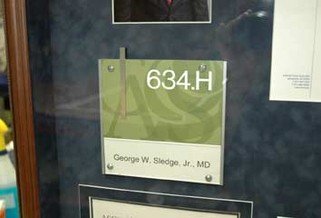 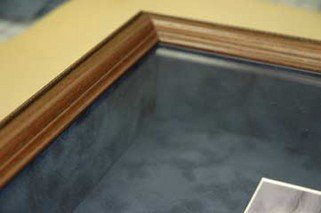 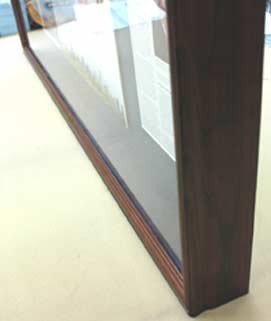 The other item was the heavy metal and plastic door name holder from his hospital office. I tried silicone adhesive, but it was not strong enough, so I simply bolted it in place. I was pressed for time and would have preferred to use smaller diameter bolts, but what I used was all I had and it still looked fine.

Glazing was accomplished with OP3 plexiglass, since it would probably be checked as luggage going back home and I did not want another framer to have to fix this one. It turned out really well.The OP3 designation means it is 99% u/v filtering to retard fading from sunlight and fluorescent light.

Photos by kind permission of the American Society of Clinical Oncologists