Strictly For The Birds


Our client has family where he grew up in Iowa. They were there a long time and he inherited some memorabilia from a relative there who collected, among other things, Arm & Hammer Baking Soda Bird Cards. These were popular in the first third of the 20th century and either came packed in special boxes of baking soda or you had to send away for them with proof of purchase. Either way, the cards are small, beautiful watercolors of American native birds, with each one numbered. At various times, the cards came in either 15 card or 30 card sets. The set we framed for our client had 30 in it. So, we designed three identical frames with special matting to show off 10 cards in each.

Each mat was sized 14 3/4 x 17 1/2. The cards were French-floated in each opening, held in place with small, polypropylene photo corners to preserve them. There is printing on the back, which we photocopied and put on the back of each frame. Most cards in this group were horizontal and only 6 were vertical, so we split the cards into 3 groups of 8 horizontal and 2 vertical.

Frame used was a Studio Moulding 6303 Sabi Brown, with Conservation Clear glass to prevent fading. The top mat used was Crescent 5637 Leaf Suede, and the bottom was Bainbridge 8162 Fango Alp (black & green mottled). Check it out: 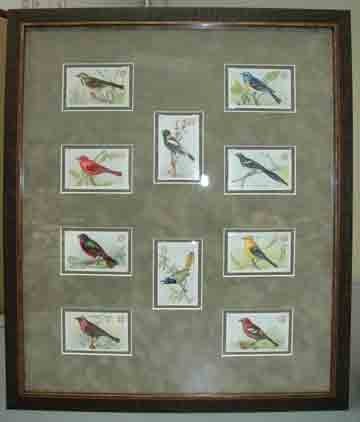 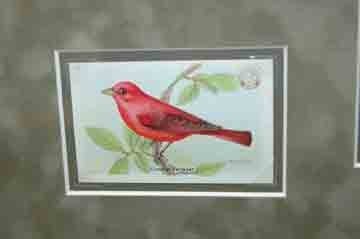 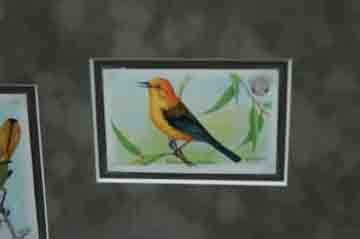 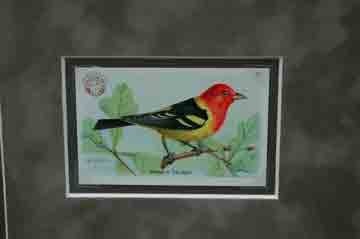